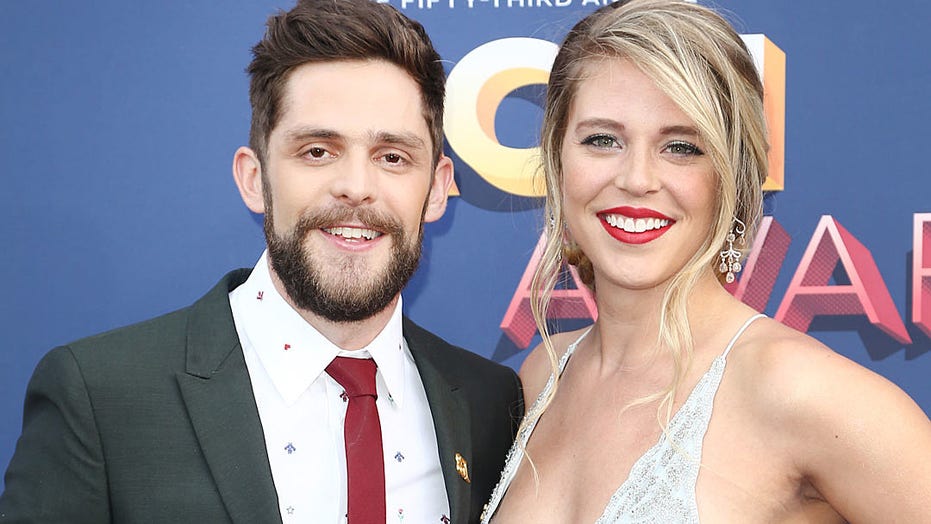 Akins and her country musician husband, Thomas Rhett, went to the red carpet event at the 67th Annual BMI Country Awards in Nashville on Tuesday.

The pregnant, soon to be mother of three looked gorgeous in a metallic gold dress, black heels and braided hairstyle. Rhett shined in his black two-piece suit and shirt paired with black Gucci loafers.

The couple, who have been married for seven years, announced in July that they were expected their third child.

“Excited to share that I will now be paying for 3 weddings,” Rhett joked while sharing the news on Instagram. " I feel so blessed to say that our third child is on the way and it’s a girl!! I love you so much @laur_akins. WG and AJ, y’all are gonna be the best big sisters! Bring on the crazy."

Rhett and Atkins share two other daughters, one biological and one adopted from Africa. Their biological child, Ada James, is 2 years old while their adopted daughter, Willa Gray, is 4 years old.

In a press conference in Nashville last month, Rhett opened up about how he and his wife found “a more peaceful spot” while waiting for their new baby girl.

THOMAS RHETT SHARES HIS SECRET TO KEEPING HIS MARRIAGE 'SPICED UP'

“We’re all really excited,” the country crooner said. “Before I had kids, I never really imagined that I would be this at peace with two and one on the way. I thought I’d be like, what in the world is happening? … But we really do feel right now that we’re at a more peaceful spot than we’ve ever been. Maybe we found the calm in the crazy somehow.”

Rhett revealed that the ever-growing gang will need to find a larger home and that moving is in the future.

The 53rd annual CMA Awards will be aired live Wednesday, Nov. 13 from Nashville's Bridgestone Arena at 8 p.m. ET on ABC.