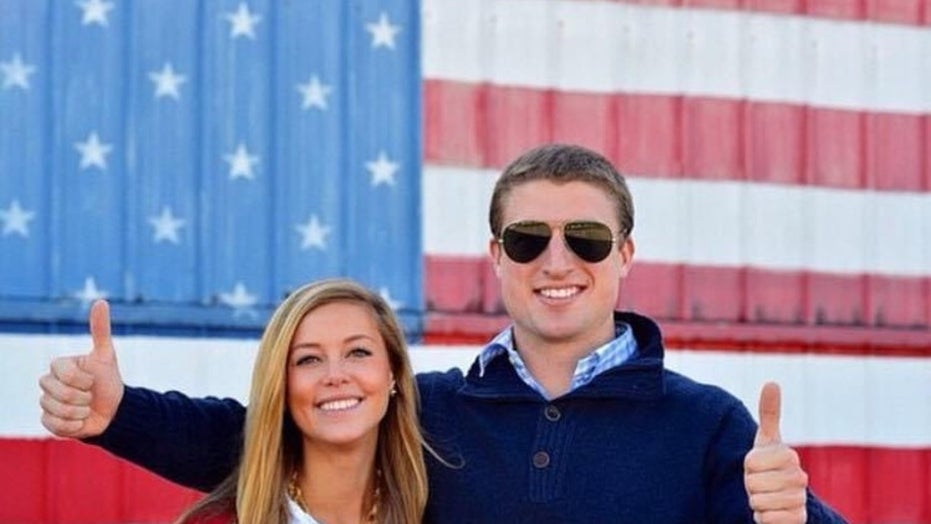 As the novel coronavirus continues to spread, many across the country are banding together to get through the pandemic as a nation.

Robinson described his experience in speaking with our nation’s war veterans some 20 years ago while conducting research on another film project — and after hearing story after story about Pitsenbarger’s valor, Robinson knew he needed to tell the tale. Pitsenbarger was awarded the Medal of Honor, the nation’s highest military honor, 34 years after his death, thanks to the eyewitness accounts of those he personally saved.

“I was doing research on another project for another movie going around the country about Air Force Pararescue, which is what Pitsenbarger was, and I was going to all their schools around the country because they are highly trained individuals, and every place I went, these young airmen wanted to make sure that I knew the story about Pitsenbarger,” Robinson told Fox News.

The Emmy-winner — who helmed the Jeff Bridges-led “White Squall” in 1996 and “Lonely Hearts, which starred John Travolta, in 2006, among a litany of other network credits — said he listened intently and “politely” to numerous stories about Pitsenbarger around the time “when they were putting the package before Congress for the Medal of Honor to be reconsidered.”

Under the PJ credo of “these things we do so that others may live,” Pitsenbarger — as all professional and highly-trained Pararescue medics do — lived his service life in the same manner, especially during Operation Abeline when he lost his life.

ALVIN TOWNLEY: CORONAVIRUS STRIKES MEDAL OF HONOR RECIPIENT – WHOSE STORY IS A REMINDER OF DUTY AND SERVICE

“So when this call came in that this Army battalion was under attack — almost three or four to one — the Air Force guys, because they had the only helicopters with winches and it was in this triple-canopy jungle that couldn't be penetrated by a normal dust-off — this guy, they jumped on their birds and they went out there to help these strangers. And really, they're all heroes,” Robinson declared.

“Pitsenbarger went down that cable into the jaws of the combat and death and suffering and triaged and evacuated many, many wounded soldiers and then finally had many opportunities to leave, [he] was finally ordered back up on to the helicopter and refused to go,” Robinson explained. “And that cost him his life, but not before he tended to all these wounded people, gathered weapons, ammunition, water and eventually fought side by side with these guys.”

“And that's just an amazing thing, and yet I can't not see the parallel in this moment where you've got our entire health care industry, all of our first responders, our medical personnel every day going into hospitals to save people they don't even know, knowing that they could easily be exposed to this virus and bring it home to their families,” Robinson said of the eerily similar feeling of the unknown.

“So it's big-time stuff and stories like Pitsenbarger's, which is uplifting in the end because spoiler alert — they were able to get the medal for him — it becomes a beautiful symbol of what it means to execute a semi-random act of kindness and compassion because when you see the end of the film, you can see his legacy reflected in two generations of people that would never have been born had he not made that decision. So it's really quite an amazing, extraordinary story. But for those reasons it was irresistible.”

Robinson became enamored by the developments surrounding Pitsenbarger and began meeting with veterans who were at the forefront of getting the package pushed through. He said that after developing real relationships with Vietnam War veterans and meeting Pitsenbarger’s father, he realized the impact losing a child could have on a parent.

“It started to put into perspective for me what it would mean to actually have to let go of a child,” Robinson said. “I mean, you think about this virus that's going around right now, it's a sort of an invisible existential threat. It could be on your doorknob.”

“But when you imagine with your two little kids, that any day you could turn on the TV and a number could pop up and you could be snatched out of your life and sent to a foreign land to kill people you weren't even mad at — and what would that mean to your parents?” he continued.

“And I'm not talking about duty service, which is by choice, I'm talking about people who had all kinds of personal reasons for being against that war politically, socially — and suddenly you were gone and had to go and put your life on the line for something you didn't even fully understand.”

Robinson touched on the litany of accounts he heard directly from our nation’s Vietnam veterans who personally lobbied for Pitsenbarger to be recognized as a hero, which Robinson relayed was certainly much easier said than done given the bureaucratic hurdles.

“The Medal of Honor is a very prestigious, unique award. And the level of valor that you have to have been witnessed is remarkably high and very often a lot of the time, the guys in the world — and I know and I've met many Medal of Honor recipients – they will tell you, ‘I did way crazier stuff on other days, it just so happened on this day somebody saw it happen,'” Robinson explained.

“And for whatever reason, political or otherwise — generally, especially in the Air Force — because the Air Force is usually up in the air in mostly a support role, it's the guys on the ground who are getting shot at that are generally recognized for these things — the Marines, the Army, etc.,” said Robinson. “But in this case, because this guy was distinctly different from them and came down and was enlisted, he was not an officer.”

Robinson said Pitsenbarger’s lack of officer rank hindered his recognition of his service.

“I guess what I'm trying to say is that oftentimes these awards are given to officers. And in this case, so many people witnessed his valor and were the recipients of it, that for decades after it became part of these veterans' sense of purpose to make sure that this happened,” he said.

“So the first part of it is that these guys are often overlooked because they're enlisted. The second thing is there was the fog of war and the fact that we were in the middle of a war. And while you're trying to run a war, the needs of one person can easily be overlooked.”

As for the film’s title, Robinson pointed to the words of Abraham Lincoln from his famous Gettysburg Address on Nov. 19, 1863.

“He was honoring the fallen at the Battle of Gettysburg and the full sentence is: ‘It is rather for us to be here dedicated to the great task remaining before us – that from these honored dead we take increased devotion to that cause for which they gave the last full measure of devotion.’”

“That is what these fallen had given,” said Robinson, adding that he had actually taken the title from television anchor Peter Jennings as he described Pitsenbarger getting the Medal of Honor during a news story.

“And I just thought it was so poignant and poetic that I just snatched it, plagiarized it openly and used it for the title of the film because it so beautifully describes who Pitsenbarger was,” he said.

"The Last Full Measure" is available now on Blu-ray and DVD.