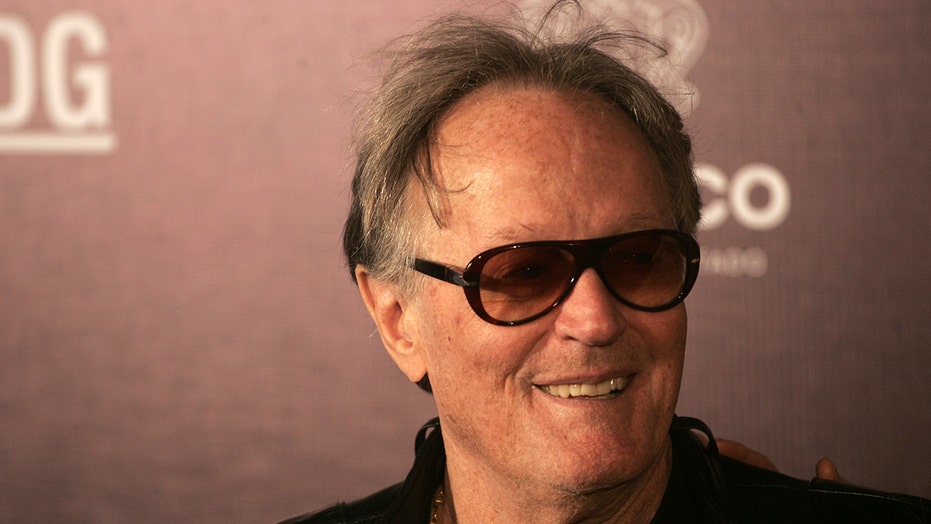 Actor Peter Fonda, who co-wrote and starred in the seminal 1960s counterculture film "Easy Rider," has died. He was 79.

In a statement obtained by Fox News, Fonda's family said that the actor  -- the son of Henry Fonda and the younger brother of Jane Fonda -- died Friday morning at his Los Angeles home after suffering respiratory failure due to lung cancer.

“In one of the saddest moments of our lives, we are not able to find the appropriate words to express the pain in our hearts. As we grieve, we ask that you respect our privacy," the family statement said. “And, while we mourn the loss of this sweet and gracious man, we also wish for all to celebrate his indomitable spirit and love of life. In honor of Peter, please raise a glass to freedom.”

Born into Hollywood royalty, Peter carved his own path with his non-conformist tendencies. He earned a Best Original Screenplay Oscar nomination for co-writing "Easy Rider," but lost out to William Goldman's script for "Butch Cassidy and the Sundance Kid."

Nearly three decades later, Fonda snagged a Best Actor nomination for his work in 1997's "Ulee’s Gold." He lost out to contemporary Jack Nicholson's turn in "As Good As It Gets," but did snag a Golden Globe Award for Best Supporting Actor in a Series, Miniseries or Television Movie for his work in the 1999 Showtime original "The Passion of Ayn Rand."

Fonda was born in New York in 1940 and was only 10 years old when his mother Frances Ford Seymour died. Fonda had an estranged relationship with his father but said that they grew closer over the years before Henry Fonda died in 1982.

Although Peter never achieved the status of his father or even his older sister Jane Fonda, the impact of "Easy Rider," which just celebrated its 50th anniversary, was enough to cement his place in popular culture.

Fonda collaborated with another struggling young actor, Dennis Hopper, on the script about two weed-smoking, drug-slinging bikers on a trip through the Southwest and Deep South.

On the way, Fonda and Hopper befriend a drunken young lawyer — Jack Nicholson in a breakout role — but raise the dander of Southern rednecks and are murdered before they can return home.

Fonda produced "Easy Rider" and Hopper directed it for a meager $380,000. It went on to gross $40 million worldwide, a substantial sum for its time.

The film was a hit at Cannes and has since been listed on the American Film Institute's ranking of the top 100 American films. The establishment gave its official blessing in 1998 when "Easy Rider" was included in the United States National Film Registry for being "culturally, historically, or aesthetically significant."

In a statement to Variety on Friday, Jane Fonda said: “I am very sad. He was my sweet-hearted baby brother. The talker of the family. I have had beautiful alone time with him these last days. He went out laughing.”