During an interview with Esquire published this week, the veteran actor trashed the president, referring to him with some unflattering expletives.

“This motherf--ker is like ruining the planet and all kinds of other crazy s--t,” the 70-year-old actor said. “And the people think that’s OK. It’s not f--king OK. And if you’re not saying anything, then you’re complicit.” 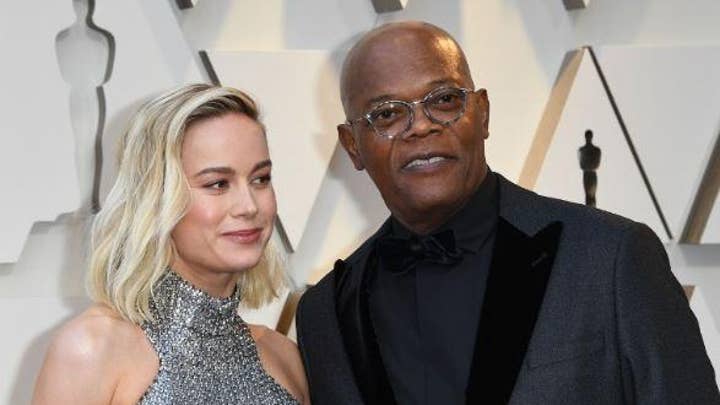 When asked if he was worried about antagonizing Trump voters, the "Avengers" star dismissed concerns: “I know how many motherf--kers hate me. ‘I’m never going to see a Sam Jackson movie again.’ F--k I care? If you never went to another movie I did in my life, I’m not going to lose any money. I already cashed that check. F--k you. Burn up my videotapes. I don’t give a f--k.”

Jackson also slammed critics who say he shouldn’t wade into politics and that he should “stick to acting.”

“No, motherf--ker. I’m a human being that feels a certain way. And some of this s--t does affect me, because if we don’t have health care ... and my relatives get sick, they’re going to call my rich a--,” Jackson continued. “I want them to have health care. I want them to be able to take care of themselves. This is how I feel. And I count to 100 some days before I hit ‘send,’ because I know how that s--t is.”

The Academy Award-nominated actor is known for his iconic performances in films like “Pulp Fiction,” “Jurassic Park,“ “Coach Carter” and “Django Unchained.” He has also appeared in numerous film franchises like “Star Wars,” and “The Incredibles,” while also playing Nick Fury in multiple Marvel superhero films. His latest is the box-office smash "Captain Marvel."