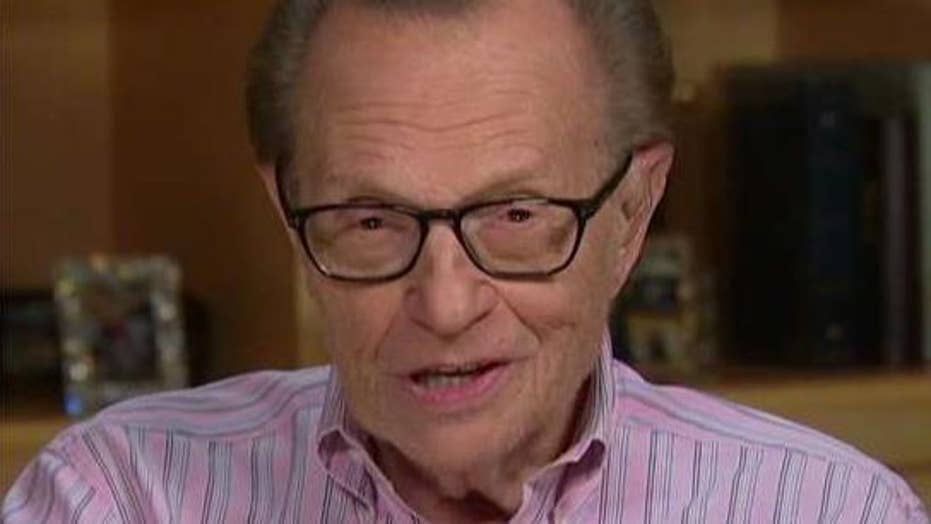 The legendary TV host told Us Weekly Wednesday he received the shocking news during a routine visit with his doctor.

“I go for my checkup and they say, ‘Let’s do a chest X-ray,’ and the doctor said to me, ‘Something looks funny,’” he explained. “They said the spot looked pretty small... I then did a CAT scan then a PET scan and then he said to me, ‘You have lung cancer, but it looks very small, in the beginning stages.’”

“The doctor said to me, ‘It was malignant, but you were in the first stage. If it had stayed and we didn’t find it, you would have had trouble in two or three years, but we got it and you were lucky.’”

King told the celebrity news magazine it took two weeks to recover after surgery and he then immediately went back to work.

“They showed me my latest chest X-ray, which is all clear,” he said. “It was fun to see where that spot was and there is no spot now. They took off 20 percent of the lung.”

King hasn’t smoked cigarettes since his heart attack in the late ‘80s. However, his former habit was the reason behind his latest health scare.

“The doctor said that tobacco from 30 years ago is still related to this lung cancer,” he said.

King is hoping his experience will encourage others to see their doctors and make sure their health is in tip-top shape.

“When you are [getting] a checkup, get a chest X-ray because lung cancer ain’t going to tell you it’s there, but a simple chest X-ray will,” he said. “If it shows you one little spot, you will do a CAT scan. They are all painless.”

These days, King is keeping busy with his thriving career, which has lasted for over 60 years.

“I will probably die on the air,” he joked. “I have beaten so many things health-wise to feel this good now. I have no plans to retire. I’ve never ever felt better than I do now.”