Lady Gaga firmly rejected speculation that she is romantically involved with Bradley Cooper after their performance at the Oscars generated lots of buzz on social media.

The “A Star is Born” actress flaunted her Oscar statuette that she won for Best Original Song during a Thursday appearance on “Jimmy Kimmel Live” and expressed how her “whole artistic journey” flashed before her eyes as her song “Shallow” was announced as an Oscar winner.

“This was hard work. I said it in my speech and I’ll say it again. If you work hard and you don’t give up, you can do anything,” Gaga told Kimmel.

The late-night host then praised Gaga's performance with Cooper, calling it “one of the greatest in the history of the Oscars.” 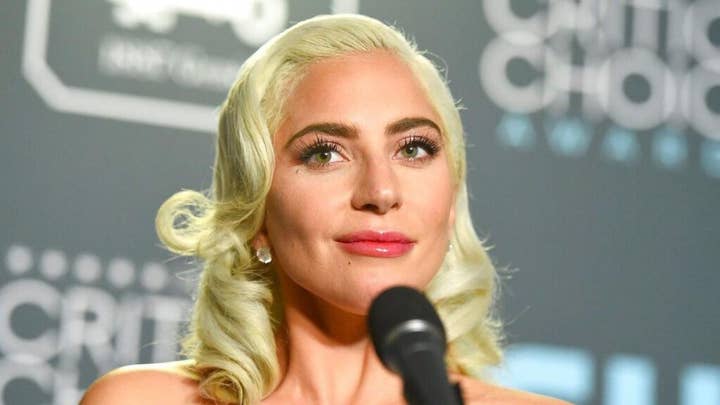 “We were watching it at home and we were like, ‘Oh my, what is going on between these two?’” Kimmel said. “You had such a connection with Bradley that instantly, I guess this is a compliment, people started saying like, ‘Oh, they must be dating, they must be in love.”

Gaga reacted with a big eye roll, causing the audience to roar with laughter.

“First of all, social media, quite frankly, is the toilet of the Internet," she said. "I mean, what it has done to pop culture is abysmal. And yes, people saw love and – guess what? – that’s what we wanted you to see, you know? This is a love song, ‘Shallow.’ The movie, ‘A Star is Born,’ it’s a love story. We worked so hard. We worked all week on that performance.”

The Grammy-winning artist, 32, who was born Stefani Germanotta, credited Cooper for how the performance was shot and put together during the Oscars ceremony.

“From a performance perspective, it was so important to both of us that we were connected the entire time,” Gaga continued. I mean look, I’ve had my arms wrapped around Tony Bennett for three years touring the world. I mean, when you’re singing love songs, that’s what you want people to feel.”

“Are you having an affair with Tony Bennett? Be honest,” Kimmel joked.