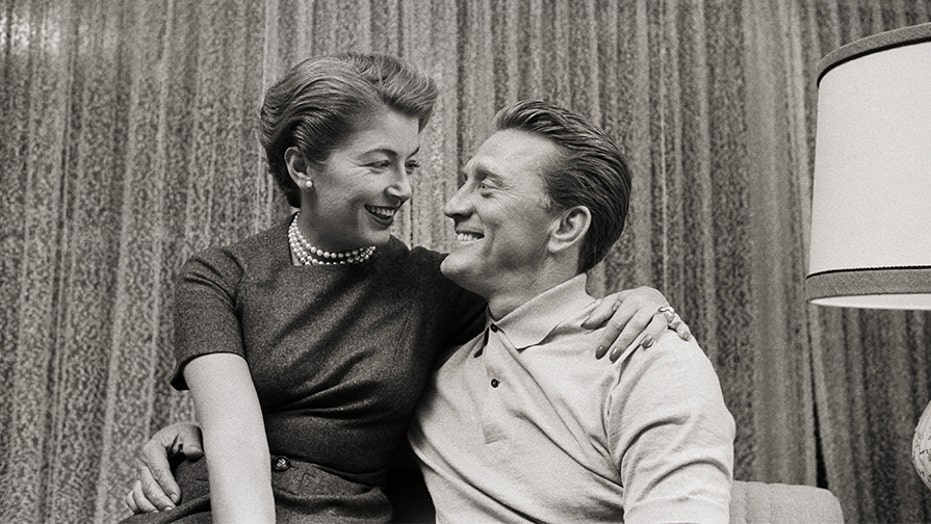 Director Jeff Kanew had no doubt that Kirk Douglas was “crazy in love” with his wife Anne Buydens.

The filmmaker and the Hollywood titan worked together on the 1986 film, “Tough Guys.”

“I’ve been married several times and I certainly didn’t experience anything like what they did,” the 75-year-old recently told Closer Weekly.

“They were married for like 65 years,” he continued. “They met in Paris and it was love at first sight, although they didn’t get together for a year or so because he was engaged to another actress at the time. He was seeing Anne and this actress at the same time but realized he wanted to be with Anne so broke off his engagement to this other actress and they’ve been together ever since.”

Douglas, one of the last stars from Hollywood’s golden era, passed away on Feb. 5 at age 103.

Three years after Douglas divorced Diana Dill in 1951, he married Buydens, whom he met in Paris while filming “Act of Love.” Buydens, 100, was doing publicity at the time.

He would later owe his very life to Buydens, with whom he remained for more than 60 years. In 1958, the film producer Michael Todd, then the husband of actress Elizabeth Taylor, offered Douglas a ride on his private yet named Lucky Liz. Buydens insisted that he not go, worrying about a private plane. Douglas eventually gave in. The plane crashed, killing everyone on board.

Douglas and Buydens went on to become one of Hollywood’s leading philanthropists and together, they launched The Douglas Foundation, which has donated millions to a wide range of institutions, including the Children’s Hospital Los Angeles and the Motion Picture & Television Fund.

In 2017, the couple published a book about their decades-long romance titled “Kirk and Anne: Letters of Love, Laughter, and a Lifetime in Hollywood.”

“They were always close, even though he was on location a lot and that’s why they wrote so many letters together,” Kanew explained to the outlet. “That’s where the whole letter concept came from and they were very romantic.”

“She was his business partner because she had a good head for business and he admitted that he didn’t, and they functioned on every level,” he continued. “As friends. As husband and wife. As business partners and it went on and on. There’s no dark side to [the] marriage like most of us have.”

Kanew said he developed a close relationship with Buydens while he worked on the Oscar winner’s documentary with his family titled “Kirk Douglas: Before I Forget.”

“She’s very smart and has a very dry sense of humor, and she’s very protective of her family and husband,” he said. “Most of the time I’ve known them she was really running the production company and would deal with publicity and made sure things were done the right way. She runs the household and takes care of the staff and makes sure the staff is treated well. They call her the boss. She’s a very strong woman.”

In 2017, Douglas told Fox News he found a way to get close to Buydens despite her hesitations in being charmed by the movie star.

“I couldn’t convince her to go out with me, but I finally convinced her to do my publicity on the film ‘Act of Love,’” he explained at the time. “I knew it would be strictly business, yet she still fascinated me and I wanted to know all about her. She had a wicked sense of humor, spoke four languages and was the most sophisticated and elegant woman I had ever met. So I fell in love with her.”

Actor Kirk Douglas and his wife Anne remained devoted to each other, pal claims. (Getty)

‘I DREAM OF JEANNIE’ STAR BARBARA EDEN SHARES THE SECRET BEHIND HER 29-YEAR MARRIAGE: ‘IT’S NOT EASY’

Douglas also told Fox News that he credited date night for sparking the romance every day over the years.

“[Date night is] the same as it’s been throughout our marriage,” he said. “We spend what we call the ‘golden hour’ together at around 6:30 each night. We’ll sit and talk and laugh and share our day and our thoughts with each other.”

“Except now we are very 21st century and bring along our iPads,” Buydens added.