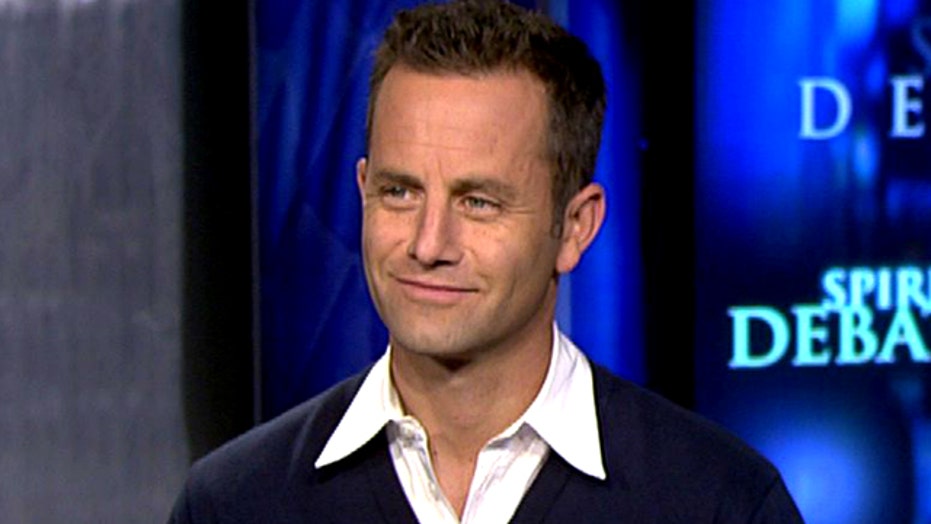 It may be easy for one to celebrate his or her faith when things are going great, but when tragedy strikes – from personal loss to the Boston Marathon bombing to the Sandy Hook Elementary tragedy – many find themselves wrestling with the notion of God and wondering how any good can possibly come from such painful situations.

Christian filmmaker and former “Growing Pains” star Kirk Cameron attempts to shed light on these issues in his new documentary “Unstoppable,” which encourages conversation about God, suffering, and hope from what he says is a deeply personal place.

“I had a friend who just passed away from cancer, he was 15 years old. His family loves God and prays to God and they are still in Church. My grandfather is in the hospital right now, and we look at the Boston bombing, and school shootings, and this is a question that has destroyed some people’s faith,” Cameron told FOX411’s Pop Tarts column. “How can God allow these things to happen, and that is what I seek to uncover in this film. What should have destroyed my faith, made it stronger.”

Both Cameron and his sister – “Full House” star Candace Cameron Bure – are among a relatively small group of outspoken Evangelical Christians in the Hollywood community, but Cameron, 42, says backlash from peers no longer carries a sting.

“Every candle that gets lit in the dark room must feel a little rejection from the darkness around it, but the last thing I want from those who hold a different world view to me is to accept me. I don’t want their acceptance,” he continued. “What I want is for them to be transformed and see the light of what I am trying to say to them.”

According to the father of six – four of whom were adopted – Hollywood isn’t the only place where faith is becoming a rarity.

“Not just in Hollywood, but as a country we’ve got political forces and media forces that are pulling us further and further away from a traditional world view. It has been happening even more so over the last five to 10 years. But just right under the surface are millions of people who want it get back the values and principles that made this such a great nation in the first place,” he said. “It can be easy to cave in to the current point of view, whether it is about life or family or marriage or faith or politics. People want to be liked by other people so they adopt other people’s standards, but for me, my standard had always been true.”

“Unstoppable” got some unintended publicity in July when Facebook suddenly blocked links to its promotional site. The social media giant promptly apologized, claiming that it was “misidentified as potential spam or malware site,” and headlines such as “Kirk Cameron Gets Free Publicity For His Film Being Banned” quickly ensued.

“It wasn’t free, it cost those detractors a little bit of pride because they are the ones that caused it,” he explained. “I actually do appreciate the safety mechanisms that Facebook has on its site so we can always click that button which allows us to report if something is inappropriate or unsafe, and I think that’s what happened. There were people out there who organized together and said, ‘we don’t like the movie Kirk Cameron is making’ and clicked the button and got it shut down.”

Cameron said there's nothing inappropriate in his film.

“I want (audiences) to come out saying, ‘I used to be afraid of the questions of why does God let bad things happen to good people, but now after seeing ‘Unstoppable,’ I have more faith than ever before,” Cameron said. “That they believe that God is in control and can be trusted, even through my trials and painful experiences, he is creating something in me that is unstoppable.”

In a one-night only live event on September 24, “Unstoppable” will play in hundreds of theaters nationwide. Tickets are on sale now.