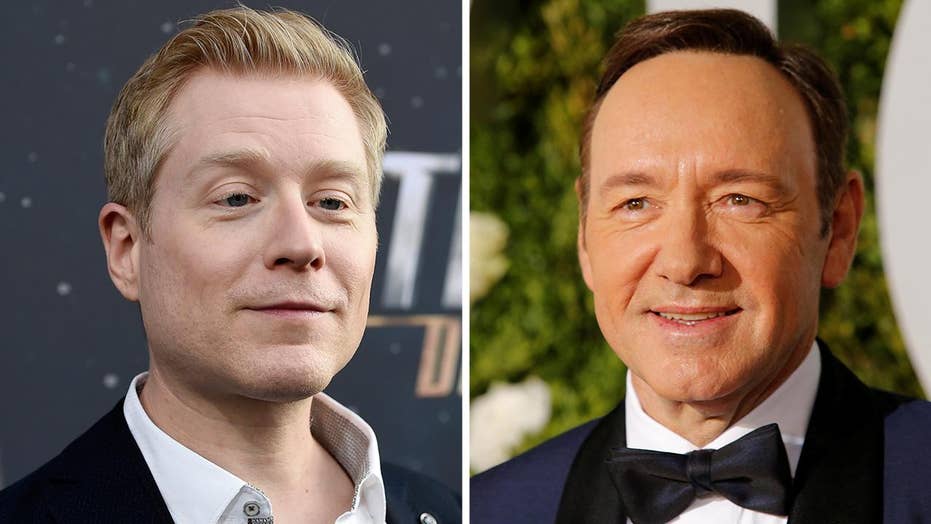 Anthony Rapp claims he was 14 when the Oscar-winning actor made a sexual advance toward him; Spacey says he does not remember but is sorry.

Another actor has come forward to lay allegations of harassment on Kevin Spacey. Roberto Cavazos took to social media to recount his own alleged experience with Spacey when he was younger.

The incidents in question reportedly took place during Spacey’s time as the artistic director at The Old Vic Theater in London from 2003 - 2015. Cavazos explains that not only did he have an encounter with Spacey, but that enough of the young male actors that came through the theater had stories to make it a running joke, albeit in bad taste.

“I myself had a couple of unpleasant encounters with Spacey that were on the edge of being considered assault,” the 35-year-old actor, wrote in Spanish on Facebook (translated by People). “In fact, if I was a woman, I probably wouldn’t have doubted in identifying them as such, but I guess the lack of a direct or aggressive action led me to justify the incident as ‘one of those things.”

“There are many of us who have a ‘Kevin Spacey story,’” Cavazos continued. “It seems like you only needed to be a man under 30 for him to feel free to touch us. It was so common that it turned into a (very bad) joke amongst us.”

The star also detailed the pattern that seemed to form with the way Spacey would approach and proposition actors at the theater. According to Cavazos, Spacey would ask people to meet him to talk about their career. When they arrived at the theater, he had the stage beautifully lit with a picnic ready. Other times, he could be found at the bar of the theater “cornering” anyone he found attractive. While Cavazos said he never let anything happen, he knows of many people that were “too scared to stop him.”

The U.K.’s Evening Standard reached out to the Old Vic Theater, which issued a statement saying that there were no official complaints about Spacey made during his 12 years as artistic director, and that none have come up since.

Cavazos’ comments come just days after “Star Trek: Discovery” actor Anthony Rapp, 46, revealed that experienced a sexual advance from the 58-year-old actor when he was just 14 and Spacey was 26. Soon after, Spacey released a statement on social media explaining that he didn’t remember the incident and came out as a gay man. Many were upset by his response, arguing that equating homosexuality and pedophilia is not an adequate response to the allegations.