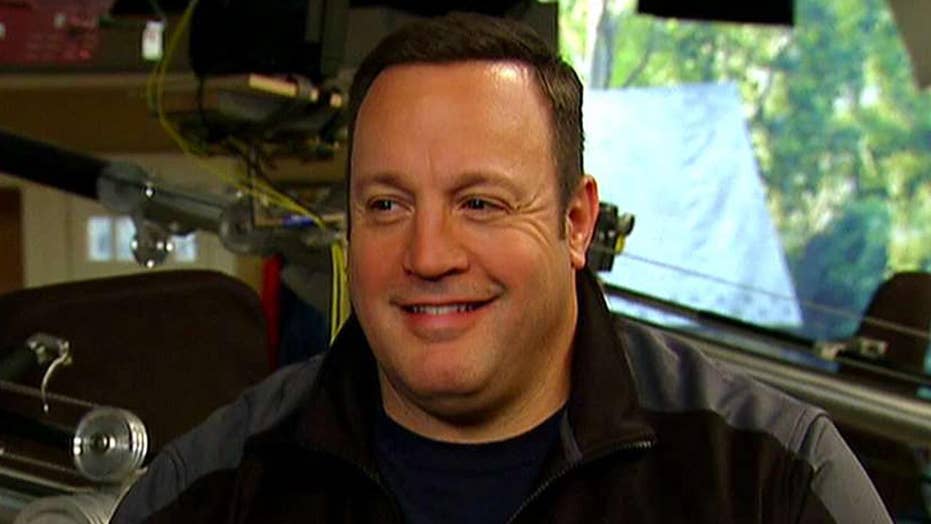 Brian goes behind the scenes of 'Kevin Can Wait'

Inside the sitcom with the star of the show Kevin James

Hayes, who played Kevin's wife Donna, announced after Season 1 that she was "let go" from the show. A rep for CBS told Fox News at the time that the decision to get rid of Hayes was the result of "the show going in a different creative direction."

Following the announcement of Hayes' departure, the network revealed Leah Remini would be bumped up to a series regular on the sitcom.

Monday night's episode picked up one year after Donna's death. The episode began on a somber note when Kevin (played by Kevin James) was seen packing lunches for his younger kids while his older daughter, Kendra, pitched in.

Remini made an appearance in the episode when she threw Kendra a bachelorette party before her wedding.

Kendra and Kevin remember Donna later in the episode at Kendra's wedding.

"She'd be so proud of you," Kevin told Kendra of Donna at the wedding.

The new season will focus on Kevin's new role as a single father.

"The goal was to give Kevin’s character a real drive and a real predicament [involving] how a family comes back together [after tragedy]," executive producer and showrunner Rob Long told TVLine last month. "Also, out of respect for the character of Donna -- and certainly the way that Erinn Hayes portrayed her -- it seemed like the only right and fair way to treat her character."

However, fans were not happy with the way "Kevin Can Wait" handled writing Donna off the sitcom. They immediately took to social media where they expressed their outrage: