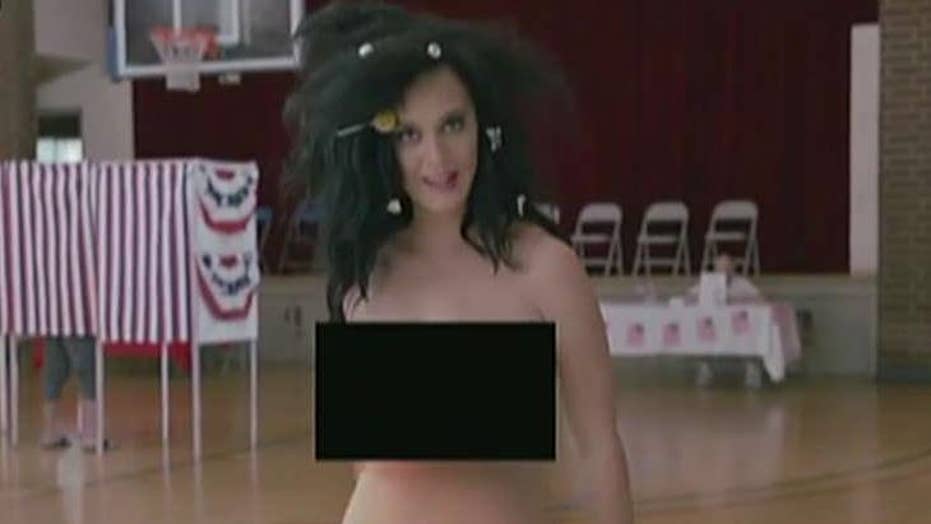 Chelsea Handler isn't the first celebrity to don her birthday suit to encourage people to vote. The liberal comedian posed in just her underwear for a photo she shared on Instagram Monday, urging fans to take part in this year's midterm elections.

While covering her chest with her hands, Chelsea said, “You have to vote like your life depends on it! Vote!”

Other stars such as Katy Perry and Madonna have also stripped down as a way to get fans to the polls.

Perry kicked off the trend in 2016 when she endorsed Hillary Clinton in a unique Funny or Die video, in which she pleaded with the younger American population to vote.

That video, produced in partnership with Rock the Vote, features a highly confused Perry trying to explain how easy it is to get up and vote. The singer tells viewers that anyone can show up to the polls wearing whatever they slept in. But Perry, who insulates that she sleeps in the nude, strips down at the polls and is then arrested for public nudity.

Perry is thrown into the back of a police car and there she runs into comedian Joel McHale, who is also nude because he thought he could walk into the voting room in what he slept in — which was nothing. The video then ends with the message, "Remember to vote. Who cares what you wear. Just wear clothes."

Inspired by the bold move, Madonna followed suit by posting a sexy, seemingly topless Instagram photo during the 2016 presidential election, which she captioned, “Im voting naked with Katy Perry!! Vote for Hillary. She’s the Best we got! Nude Voting series # 1.”

The "Like a Virgin" singer shared the topless post shortly after putting up a separate pic of herself straddling Clinton on stage.

Amy Schumer also stripped down to show her support for Clinton. A month before the November 2016 election, the comedian and actress shared a photo of herself sprawled across her bed with just underwear on. The comdian captioned the black-and-white image with a Beyonce quote from the song "Formation," which read, "You know you that b---- when you cause all this conversation. Thanks for the exclusive release Tidal! We had so much fun making this tribute. All love and women inspiring each other. #strongertogether."