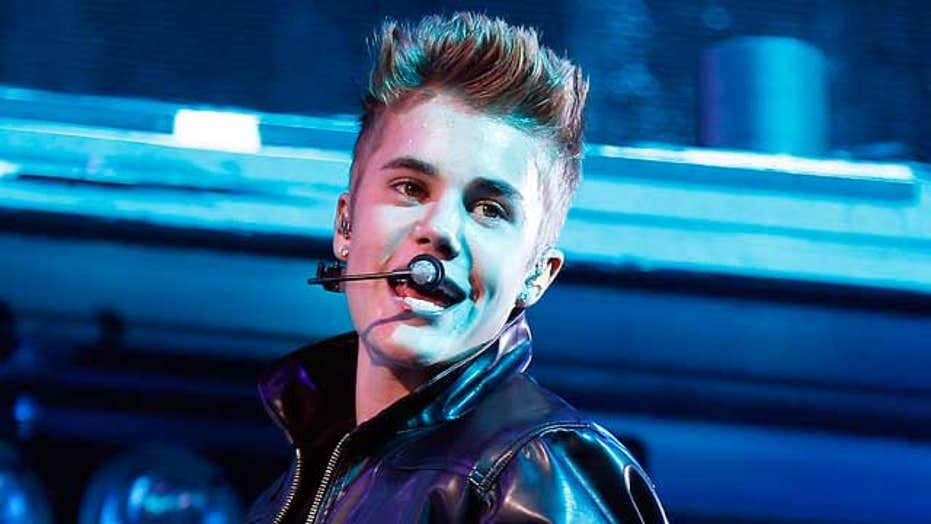 Jordan Ozuna , 22, caught the world’s attention when she was spotted hanging out with Justin Bieber, 19, at an indoor skydiving arena in Las Vegas on June 16. But Jordan’s estranged mother-in-law revealed in a new interview that the former Hooter’s waitress is still married.

“She’s still married,” Kim said, and added that Jordan and her son married “right out of high school.”

But Justin doesn’t need to worry — Jordan isn’t exactly having an affair.

“They’ve been separated a good year,” Kim added. “They were very young when they got married … They’ll figure it out on their own.”

“They’re probably in the process of getting divorced,” she revealed.

The pop star and his new lady were spotted kissing and cuddling at the Las Vegas skydiving arena, and seemed to enjoy their alone time together.

A source tells E! News of their date: "In the waiting room area, she was sitting on his lap and they were kissing. Little pecks and kisses." The source added: "She was caressing him on the head and shoulders."