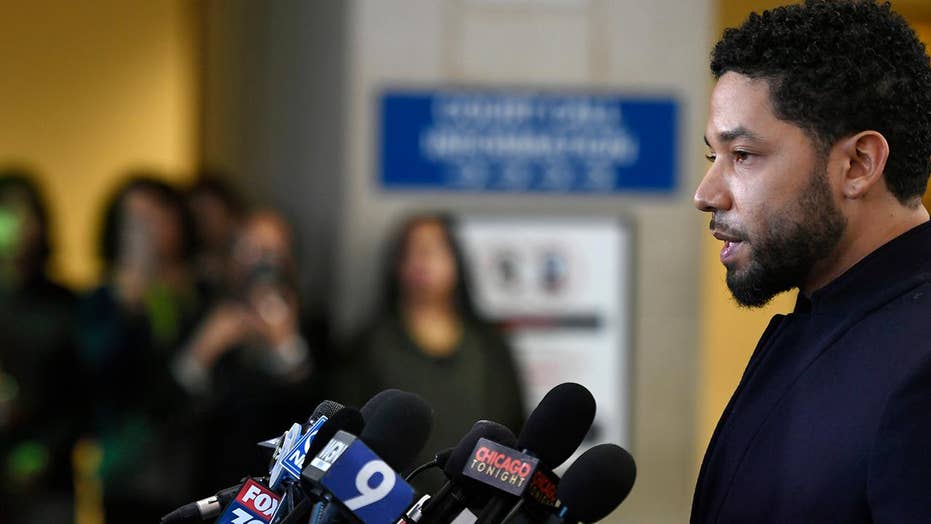 Jussie Smollett received a mixture of messages Tuesday after prosecutors dropped the alleged hoax hate crime charges against the actor. Even after the news broke, fans, Chicago officials and celebrities — including some of his colleagues — continued to argue about the case.

But his "Empire" co-star AzMarie Livingston didn't care to speculate. Instead, the 32-year-old who plays Chicken on the hit Fox series wanted to focus on Smollett getting back to work.

“I’m happy his charges are being dropped and look forward to seeing Jussie on set and his character Jamal back on 'Empire,'” Livingston told People in a statement Tuesday.

Taraji P. Henson, too, rejoiced after Smollett was cleared of all charges.

"I'm happy that the truth has finally been set free, because I knew it all along," Henson told USA Today. "We're all happy for him, and thank God the truth prevailed."

Henson, who plays Cookie Lyon — the mother of Smollett’s character — on the series, said she never once doubted Smollett's innocence.

“I know him and I know his track record," she continued, in part. "I'm not going to jump on clickbait just because someone says something derogatory about a person I know and love. I'm not easily swayed like that. Those little clickbait [reports] weren't enough to deter me from his immaculate track record. I know the type of activism this young man does in his community, I know that he's a giver – he's not an attention-seeker.”

Ta'Rhonda Jones, who portrays Porsha Taylor on "Empire," told Fox News: "We've always been in great spirits you know... what happens in the family stays in the family so I'm not at liberty to discuss family business."

A Twitter account for the writers of "Empire" tweeted a screenshot of the news that Smollett's charges were dropped early Tuesday.

Smollett was then indicted on 16 felony counts in connection to his Chicago attack allegations in early March. He pleaded not guilty and was later granted a nolle pros, which basically means his case has been dropped and he will no longer be prosecuted for the alleged crime. The evidence is also expected to remain sealed.

In late February, "Empire" show executives revealed that Smollett's character had been cut from the final two episodes of Season 5 amid the open investigation. His future on the series still remains unclear. However, 20th Century Fox Television and Fox Entertainment sent a message in support of the actor Tuesday.

"Jussie Smollett has always maintained his innocence and we are gratified on his behalf that all charges against him have been dismissed,” the statement read.