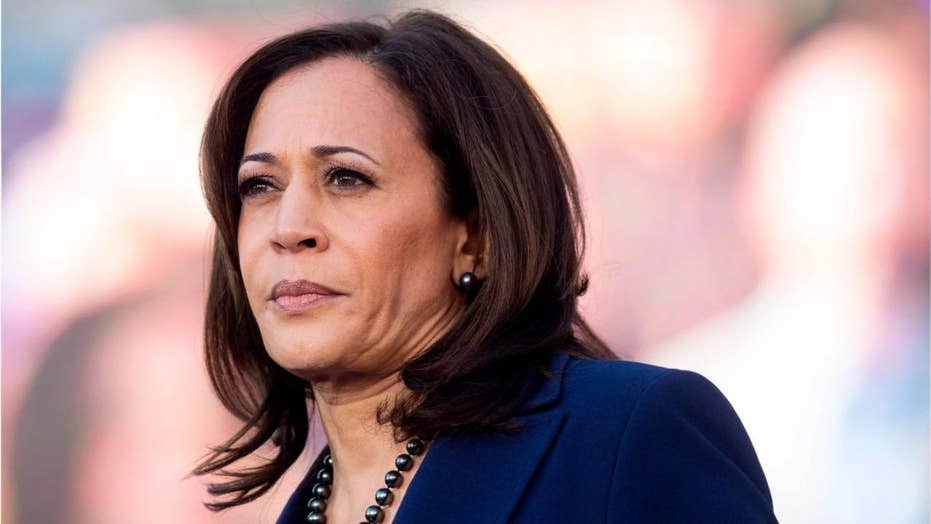 Sen. Kamala Harris has openly gone through a series of reactions in relation to actor Jussie Smollett's case in Chicago. At the moment, one word apparently comes to the California senator's mind when asked about the situation: "confusion."

"To be perfectly honest ... I'm completely confused. I don't understand. I don't know. I don't know the underlying evidence ... I don't know. I'm at a loss," Harris, D-Calif., told CNN's Wolf Blitzer on Tuesday in response to the Cook County State's Attorney's Office's announcement it was dropping all charges against Smollett in the alleged hate crime hoax.

The 2020 presidential candidate was initially quick to denounce "hate" after hearing the "Empire" star's claim that two men yelled racial and homophobic slurs while beating him at 2 a.m. in January. In a Twitter post, a passionate Harris likened the purported incident to a "modern-day lynching" and said, "No one should have to fear for their life because of their sexuality or color of their skin."

JUSSIE SMOLLET HOAX CHARGES DROPPED, ACTOR WANTS TO 'MOVE ON WITH MY LIFE'

But the case took a dramatic turn when police said new information had significantly "shifted" their investigation. As details unfolded in February, a reporter asked Harris if she wanted to amend her prior tweet.

"I think that the facts are still unfolding, and, um, I’m very, um, concerned about obviously, the initial, um, allegation that he made about what might have happened," replied Harris, adding that she's not going to comment until she knows the "outcome of the investigation."

Harris spoke out after Smollett was charged and arrested with disorderly conduct for allegedly filing a false police report on Feb. 21, saying she was "sad, frustrated and disappointed."

“When anyone makes false claims to police, it not only diverts resources away from serious investigations but it makes it more difficult for other victims of crime to come forward,” Harris tweeted, in part, while also claiming FBI statistics show an increase in the number of hate crimes in the U.S. “Part of the tragedy of this situation is that it distracts from the truth, and has been seized by some who would like to dismiss and downplay the very real problems that we must address. We should not allow that."

Smollett was then indicted on 16 felony counts in connection to his Chicago attack allegations in early March. He pleaded not guilty and was later granted a nolle pros, which basically means his case has been dropped and he will no longer be prosecuted for the alleged crime. The evidence will also remain sealed.

As the news dropped Tuesday, Blitzer was curious to hear Harris' new take on the situation — but the Democratic senator said she still "didn't understand" what happened.

"I think we're going to have to leave it up to the judgment of the prosecutor ... the police chief and the mayor, of course, to give us some better sense of what's going on. I don't know," she said.

"But I think there's a point that the mayor [Rahm Emanuel] made that I would like to emphasize because I'm seeing it around the country and it's a very real issue, which is the seriousness of hate crime," Harris continued, in part. "We have seen an increase around our country ... and we cannot play games with it. We have to take it very seriously."