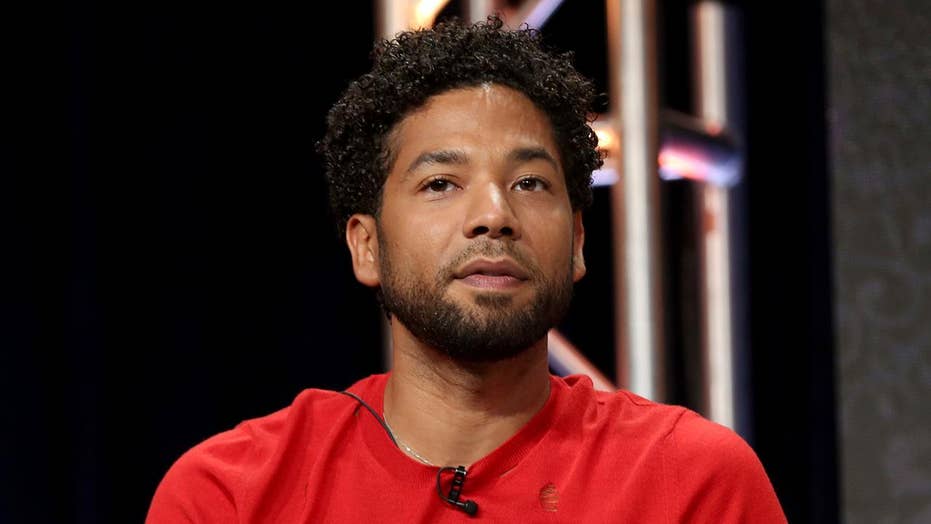 The Cook County grand jury indictment, dated Thursday and made public on Friday, gives details of the disorderly conduct charge against Smollett, according to The Associated Press. It elaborates on the allegation that he falsely reported that he'd been attacked in late January.

The indictment — eight counts from what he told the officer who responded to the report of the attack and eight for what he later told a detective — comes a little more than two weeks after prosecutors announced one felony count of the same charge.

Following the news, attorney Mark Geragos — who is representing Smollett — said in a statement obtained by Fox News on Friday that "the fact of an indictment was not unexpected."

"We knew that there is no way they would expose their evidence to a public airing and subject their witnesses to cross-examination," the statement continued. "What is unexpected, however, is the prosecutorial overkill in charging 16 separate counts against Jussie.

"This redundant and vindictive indictment is nothing more than a desperate attempt to make headlines in order to distract from the internal investigation launched to investigate the outrageous leaking of false information by the Chicago Police Department and the shameless and illegal invasion of Jussie's privacy in tampering with his medical records.  Jussie adamantly maintains his innocence even if law enforcement has robbed him of that presumption.”

A spokesperson for the Cook County State's Attorney did not immediately respond to Fox News' request for comment.

Also on Friday, Anthony Guglielmi, the chief communications officer for the Chicago Police Department (CPD), tweeted: "As Supt Johnson stated, allegations against Mr. Smollett are shameful & if proven, they are an affront to the people of Chicago who embraced him as a neighbor & respected him as a role model. We stand behind the work of detectives & refer any comment on indictment to prosecutors."

Earlier this week, it was revealed that the Chicago Police opened an internal investigation into Smollet's case.

In a statement to Fox News on Thursday, a spokesperson for the force confirmed that "an internal investigation has been opened."

"I would like to point out that a lot of the information out there was inaccurate and there were numerous agencies involved in this investigation," the statement continued. "As a standard procedure when there are allegations of information being leaked, an internal investigation has been opened and we are also looking at our vulnerabilities."

In January, Smollett told police that he was attacked by two masked men as he was walking home from a sandwich shop in the early morning on Jan. 29. The actor, who is black and gay, said the masked men beat him, made derogatory comments and yelled, "This is MAGA country" — an apparent reference to President Trump's campaign slogan, "Make America Great Again" — before fleeing.

Smollett, who is accused of filing a false police report, was charged last month with felony disorderly conduct. After turning himself in, a judge set Smollett's bond for $100,000 and he was released from jail.

According to the Chicago Police Department, Smollett paid Abimbola "Abel" and Olabinjo "Ola" Osundairo by check for a "phony attack" in order to take "advantage of the pain and anger of racism to promote his career."

Smollett has maintained his innocence. The actor's legal counsel told Fox News after Smollett was accused of filing the fake police report that the nation "witnessed an organized law enforcement spectacle that has no place in the American legal system.

Illinois attorney Rod Drobinski reviewed the indictment and told Fox News the grand jury hit Smollett with a separate count for every different crime he alleged had been perpetrated against him (eight in all) — to each of the officers he spoke with (two). Thus, the 16 total counts.

Fox News' Sasha Savitsky and Julius Young and The Associated Press contributed to this report.