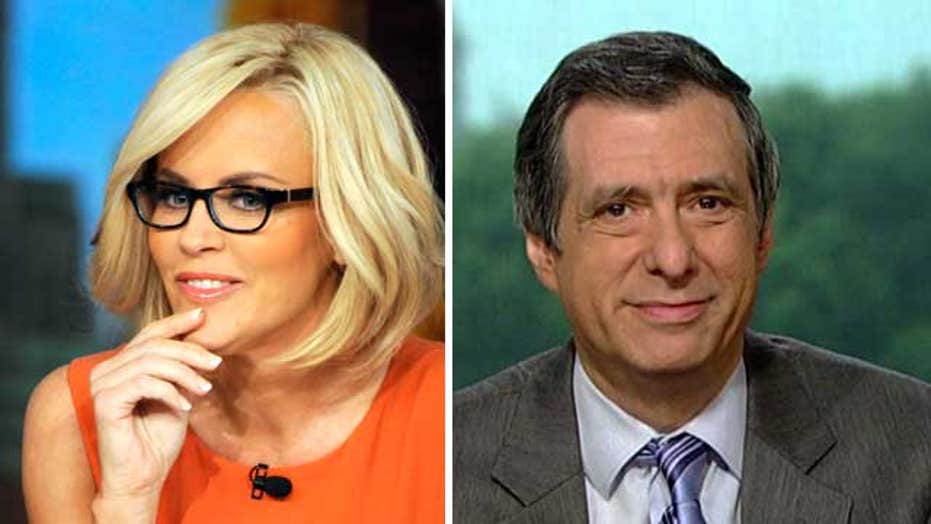 LOS ANGELES – Jenny McCarthy is blonde, beautiful, a former Playboy playmate, a published author, a prominent comedic actress, and a Weight Watchers spokesperson. So why is the announcement that the 40-year-old will replace Elisabeth Hasslebeck as a co-host on ABC’s “The View” in September causing such an outcry?

McCarthy has long been an outspoken opponent of vaccinating children, claiming that her 11-year-old son’s diagnosis with autism in 2005 was due to his baby vaccinations.

“Jenny has used her celebrity status to publicize medical claims that have not been proven by the literature. While it is understandable that she has her own views on immunizations given her child, she is going to be in front of impressionable young mothers and influencing their decision on immunizations and child care. Multiple studies have shown that there is no link between childhood immunizations and autism, but she continues to publicize the grave ‘dangers’ of vaccinations,” Dr. Shilpi Agarwal M.D., board-certified family physician told FOX411’s Pop Tarts column.  “While Jenny cannot deliver direct medical advice, she is definitely influencing many young mothers as to what is ‘right’ and ‘wrong’ in terms of child care and immunizations. I suspect she will get a lot of pushback, which may be exactly what a show like ‘The View’ wants.”

While controversy is something 'The View' and shows like it routinely court, the criticism of McCarthy may be more than it was anticipating.

“This is the kind of move that means ‘The View’ will reinforce its nuttiness, not allow debate. Her vaccine views alone mean that people should turn off the show,” said Dan Gainor, VP of Business & Culture at the Media Research Center. “There’s good controversy and bad. In her MTV days, Jenny McCarthy was fun and funny. But ‘The View’ gets the good with the bad and the bad in this case is far worse.”

The news ignited an avalanche of criticism on social media.

“Anti Vaccine nut Jenny McCarthy is new host on The View? Disgusting. She is responsible for a lot of kids getting sick and probably deaths,” one tweeted, while another weighed in: “I would boycott the view for hiring anti-vac 'activist' Jenny McCarthy, but I've never actually watched it in the first place.”

Several media outlets were also been quick to criticize ABC.

“McCarthy will be the show’s first co-host whose dangerous views on childhood vaccination may – if only indirectly – have contributed to the sickness and death of people throughout the Western world,” Michael Specter wrote for the New Yorker. “Executives at ABC should be ashamed of themselves for offering McCarthy a regular platform on which she can peddle denialism and fear to the parents of young children who may have legitimate questions about vaccine safety.”

Harold Maass of TheWeek.com referred to it all as “anti-vaccination quackery,” and in an article in TIME entitled “Why ABC Shouldn’t Have Hired Jenny McCarthy” James Poniewozik wrote: “discussing the news, even at 11 in the morning, comes with responsibility. And for a show even remotely about news – and a career newswoman like (Barbara) Walters–to legitimize McCarthy’s dangerous anti-science because she will probably get crazy attention and ratings is irresponsible and shameful.”

It seems McCarthy is taking the controversy in stride.

“Beyond grateful for your supportive tweets,” she tweeted Monday night.

And there are plenty of people who have her back.

And according to Los Angeles-based health and wellness expert, Heather Lounsbury of Live Natural Live Well, McCarthy has every right to express her opinions.

“People just don’t want to hear that their doctors might be wrong or that pharmaceuticals can be dangerous. While I’m not a fan of vaccines, I understand parents wanting to give them to their children,” she added. “But Jenny has personal experience with autism and should be allowed to share her story without fear.”

A rep for McCarthy did not respond to a request for comment, and a rep for ABC would only reference the announcement made by Walters on Monday’s show which read: “After months of speculation about who will be our new co-host – we’ve made a decision! She has made seventeen appearances on the view, has guest co-hosted eight times… and we love her! She’s fun, uninhibited, and of course, opinionated enough to help us begin the latest chapter in view history! So i am thrilled to announce that our newest co-host – is Jenny McCarthy.”