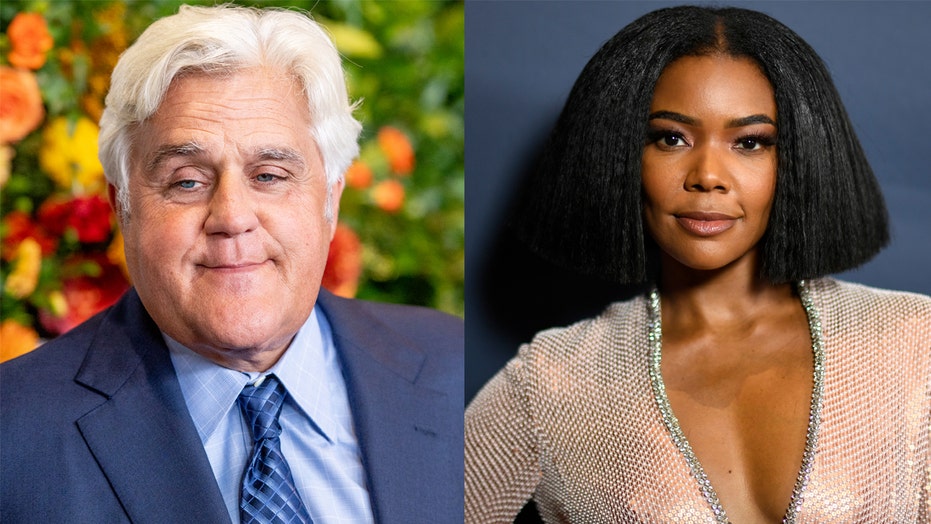 Jay Leno has shared his thoughts on Gabrielle Union's exit from "America's Got Talent."

Last week, news broke that Union, 47, and Julianne Hough, 31, would exit "AGT" with reports saying the departure was a result of an alleged "toxic" workplace at the show. (Hough has denied the report.)

According to Variety, Union allegedly was subject to various racially-motivated criticisms. Union was also reportedly not a fan of a racially insensitive joke made by Jay Leno on set.

On Sunday, TMZ spoke with Leno, 69, about working with Union on the show and while he refused to discuss the joke the actress cited, he shared his thoughts on Union herself.

DWAYNE WADE SAYS GABRIELLE UNION WAS FIRED FROM 'AGT,' PRAISES WIFE FOR 'STANDING UP FOR WHAT SHE STANDS FOR'

When asked whether Union was treated fairly, Leno simply said: "I don't know, but I think she's a great girl."

Variety reported that during the filming of an interstitial segment, Leno joked about a painting that featured Simon Cowell surrounded by dogs. Leno joked that the dogs looked like something one could find “on the menu at a Korean restaurant” — much to the chagrin of “the very few Asian staffers” on the show. The comment was later edited out of the Aug. 6 episode.

Gabrielle Union was reportedly not a fan of a racially insensitive joke made by Jay Leno on the 'America's Got Talent' set. (Getty)

Union allegedly urged producers to report the incident to NBC’s human resources department — however her pleas fell on deaf ears.

The report also alleged that Union was subject to various racially-motivated criticisms, including over her many hairstyle changes, which were perceived as “too black” for “AGT's” core demographic. Union reportedly received that critique more than half a dozen times.

NBC and the producers of "AGT" released a joint statement on Sunday, explaining that they're still working their way through the situation.

“We remain committed to ensuring a respectful workplace for all employees and take very seriously any questions about workplace culture,” the statement said. “We are working with Ms. Union through her representatives to hear more about her concerns, following which we will take whatever next steps may be appropriate.”