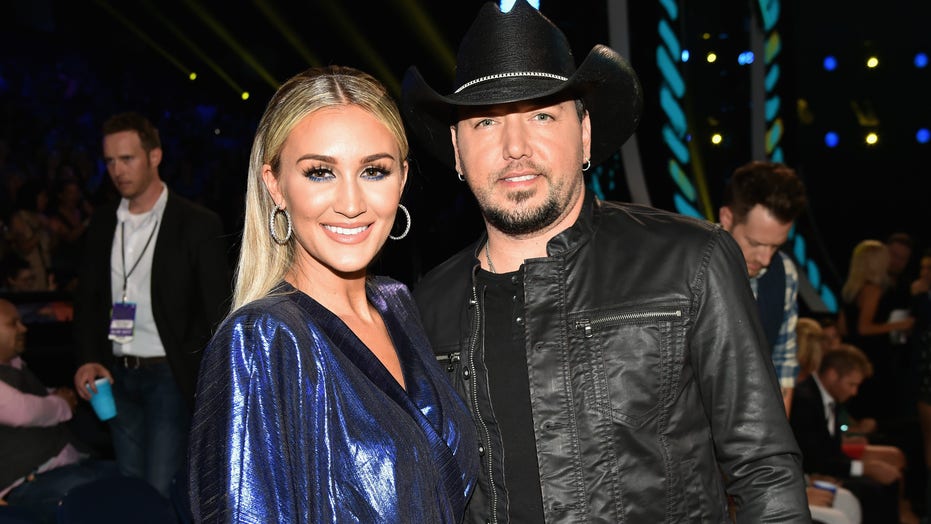 Jason Aldean and Brittany Kerr began their relationship in quite the unconventional fashion, but now they are ringing in their five-year wedding anniversary in a similarly unconventional manner amid the worldwide developments surrounding the coronavirus.

Aldean, 43, and Kerr, 31, started their romance in 2012 and were marred by controversy after the country music star was photographed kissing the former Charlotte Bobcats dancer and “American Idol” star while still married to his high school sweetheart and first wife, Jessica Ussery, with whom he shares his two eldest daughters.

At the time, Aldean owned up to the mishap, taking to Facebook to explain that he “embarrassed my family and myself,” and explaining that he “had too much to drink" and "let the party get out of hand and acted inappropriately.” Aldean and Kerr now share two young children, son Memphis, 2, and daughter Navy Rome, 1.

JASON ALDEAN AND BRITTANY KERR GET MARRIED IN MEXICO

While Aldean maintained that he “left” before he “caught the bus to our next show and that’s the end of the story,” his transgressions ultimately led to a divorce from his wife of 12 years in the spring of 2013. Aldean and Kerr would go public together in April 2014 at the CMT Music Awards.

Four months later, Aldean would share an image of himself with Kerr and their French bulldog, Manny, and issued a strong stance for everyone to “move on.”

"So sick of people judging me and @brittanylkerr over things they know nothing about,” the quadruple-platinum crooner wrote in a since-changed photo caption. “I have made mistakes but I am a better person because of it, and wouldn't change a thing. Im happier than i have ever been, so thank u to all the people who support us. We are happy and life goes on. It's time to move on people. #aldeanarmy #oldnews #timetomoveon."

Soon after, Aldean and Kerr would tie the knot on March 21, 2015, in Mexico, just six months after announcing their engagement.

The pair had to carve out a break in Aldean’s touring schedule in order to make the ceremony in Cancun happen and his daughters, Keeley, now 17, and Kendyl, now 12, were both in attendance, as were other friends and family for the ceremony officiated by “Duck Dynasty” star Willie Robertson.

"He was comparing marriage to building a house," Aldean said of Robertson, who had become a longtime pal and hunting companion. “And saying what we do from here on out determines whether it's going to be a well-built home or one that could crumble. He said it's up to us to decide where we want our relationship to go."

Brittany also gushed about Aldean to the outlet saying, "We've been through so much, and we always wanted this to be the outcome. That we get to spend the rest of our lives together is really, really breathtaking."

It wasn’t until May 2017 that the couple announced to the world that they were expecting a baby boy.  In an interview with sporting goods retailer Field and Stream, Aldean revealed that after the pair went back-and-forth on names, the newly expectant parents settled on the name Memphis for their son as a tribute to Elvis Presley’s hometown.

"I just wanted him to have a name that wasn't common,” he told Country Countdown USA at the time.

However, shortly before Kerr was to deliver Memphis, she joined Aldean at the October 2017 Route 91 Harvest Festival in Las Vegas, Nev., when tragedy struck after a man opened fire on the uncovered festival from the window of a nearby hotel as Aldean performed on stage.

"As you can imagine, my first instinct was to run to him and his was the same," Kerr wrote in a shaken Instagram post of the incident that left 58 people deceased. "As we laid behind equipment onstage with some of our road family, bullets flying past…all I could think was, 'I never even got to hold my baby.' We all made sure the others knew we loved them and then ran for cover where we stayed for the next couple hours." 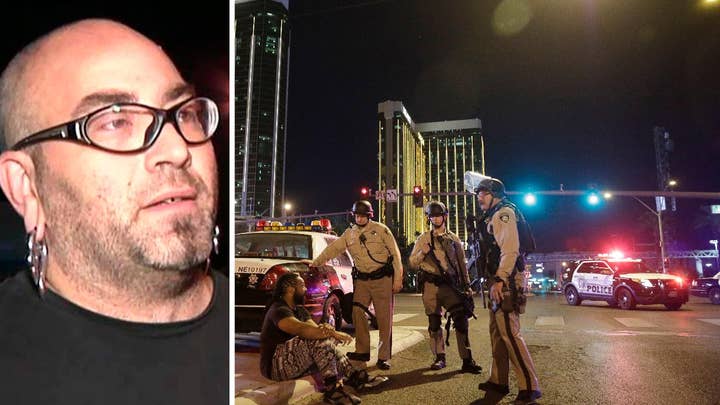 Aldean would echo his wife’s account of events in an interview with The Highway on SiriusXM.

"It definitely took me a little time to wrap my head around it and I needed some downtime to kind of step away from it for a little bit and get home," he told the station on January 26.

Aldean said the tragic event put his son’s birth into perspective and allowed him to become in tune with his son’s arrival in December 2018.

Since the terrible occurrence in Vegas, Aldean and Kerr welcomed their daughter Navy Rome, in February 2019 – and have remained busy as parents to two children under the age of three.

In a January interview with E! News, Aldean said they were gearing up to have the entire gang aboard the tour bus during the performer's next tour.

"We will have a 2-year-old and a 1-year-old on the bus this summer," he told the outlet. "The kids go a little stir crazy on the bus so I kind of leave that up to my wife as to how much or how little she wants to come out with the babies. The bus was built with them in mind and it's ready to go whenever they want to come out."