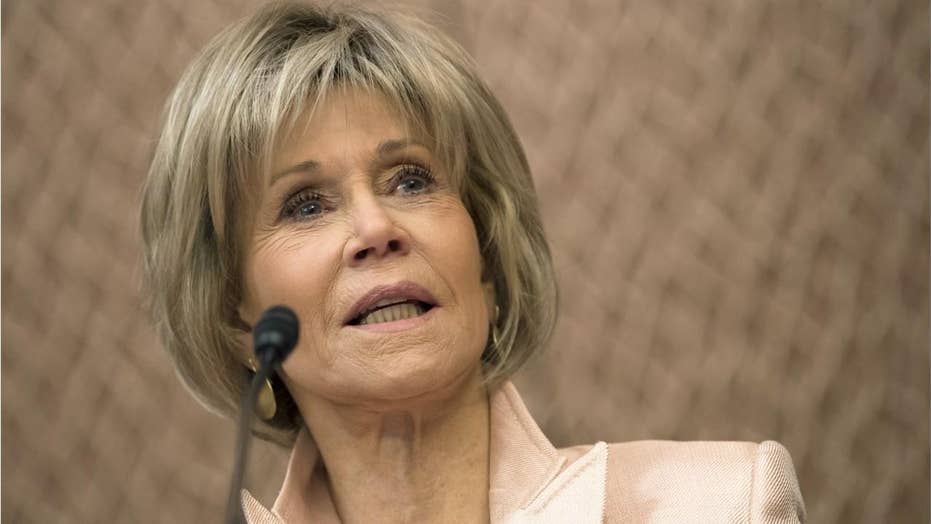 Jane Fonda: The US is in 'an existential crisis'

Jane Fonda told 'People' that she believes the United States is currently in an existential crisis and she is using Swing Left to urge people to vote during the midterm elections.

Jane Fonda is using her celebrity status to encourage citizens to vote in the upcoming midterm elections because, according to the actress, the United States is in an "existential crisis."

"I can’t remember in my 80 years a more important election. I mean 2020 is going to be important but what happens in November, in terms of who’s going to be elected, is going to determine not just the foreseeable future — but for generations — what this country is going to look like," Fonda told People, speaking about her involvement with Swing Left, a grassroots effort to elect Democrats in swing states.

The actress was also asked about the backlash she faced for being an outspoken critic of the Vietnam War in the '70s. Fonda's anti-war activism at the time earned her the nickname "Hanoi Jane."

"As for the controversies that have followed me, [they're] just starch in my spine — and the reason I keep at it is because, why not? I don’t know — I just don’t see any other way to live," Fonda explained. "We’re in an existential crisis, you know, our democracy has been challenged very, very gravely, and I’m scared.

"I have grandchildren, and when I die I want them to be able to say to themselves that Grandma did everything she could to save democracy and make the world a safer, better, place for us. Whether I’ll succeed — I’m not alone — that’s what’s important."

The 80-year-old, with her "9-5" and "Grace and Frankie" co-star Lily Tomlin by her side, said she is privileged to be able to use her public persona to promote her cause.

This is hardly the first time Fonda has expressed disappointment in the United States. In October, the actress told the BBC she is not proud to be an American.

During the interview, Fonda was asked, "Are you proud of America today?"

The actress was very quick to reply with a hard "no."