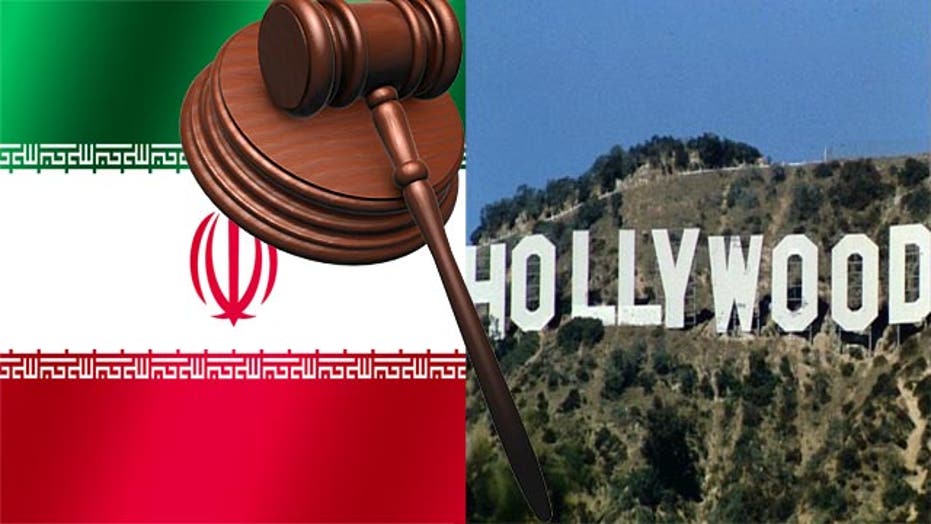 Says it will sue for portrayal of country in 'Argo'

Will a lawsuit from Iran rain on the “Argo” parade?

According to multiple Iranian news reports, offended officials are contemplating a lawsuit against Hollywood over the allegedly “unrealistic portrayal” of the nation in Ben Affleck’s political thriller, which took home Best Picture at last month’s Academy Awards.

French lawyer Isabelle Coutant-Peyre is reportedly in Iran, ironing out the details of when and how to file such a suit.

However, some U.S.-based legal experts argue that the rumored lawsuit has no substance.

“The thought that the makers of ‘Argo’ may be sued by the powers that be in Iran should not be given serious thought. Nothing will come of this misplaced idea, not in this country,” attorney Stuart Slotnick of Buchanan, Ingersoll & Rooney P.C., told FOX411’s Pop Tarts column.

And while no details have been provided as to exactly what Iran found to be offensive about the critically-acclaimed movie, Miami-based entertainment law attorney and U.K. solicitor Steven Kozlowski pointed out that it would be difficult for Iran to prove the film was defamation.

“The core historical factual elements of ‘Argo’ are true. The U.S Embassy was taken, hostages were held and the few who escaped the initial takeover were hidden in the Canadian Ambassador’s home. These individuals escaped out of Iran under the guise of being a Canadian film crew,” he explained. “It is significant to note that while ‘Argo’ is based on true events, it is in the end a Hollywood movie.”

But based on various reviews, it seems some expected “Argo” to be a more historically accurate flick.

IndieWire called “Argo” “totally inaccurate,” former President Jimmy Carter referred to it as “great” but with falsities, and the Daily Beast dissected an array of things it got wrong, from a “one-dimensional picture of life in Iran before the revolution” to perpetuating a sterotype that Iranians “hate” Americans.

Yet “Argo” was never billed as a documentary, Kozlowski noted.

“This type of narrative liberty is common in films based on true events,” he said. “Iran appears to have a history of making grand rhetorical statements and public threats. The reality is that Iran’s complaints about ‘Argo’ may not proceed beyond its public complaints.”

But in any case, there have been no shortage of lawsuits against Hollywood filmmakers over the years. And Oscar recognition seems to fuel the desire to file a lawsuit.

Last month, James Cameron and his Lightstorm Entertainment were victorious in a lawsuit brought by a man who claimed his ideas were stolen for the wildly successful film “Avatar.” Similarly, a federal judge dismissed a lawsuit that a U.S. Army sergeant filed last year against the makers of “Blaster One.”

Entertainment attorney Barry J. Reiss added there may be a connection between how successful a film is and how many lawsuits get filed against the filmmakers.
“After decades of practicing law it never ceases to amaze me that one of the measures of how successful a movie is are the lawsuits that follow,” Reiss said. “Obviously ‘Argo’ being the Oscar winner for Best Picture is clearly an indication of a hugely successful film.”

Reps for Affleck did not respond to FOX 411’s request for comment. Warner Bros. declined to comment on the possible lawsuit.