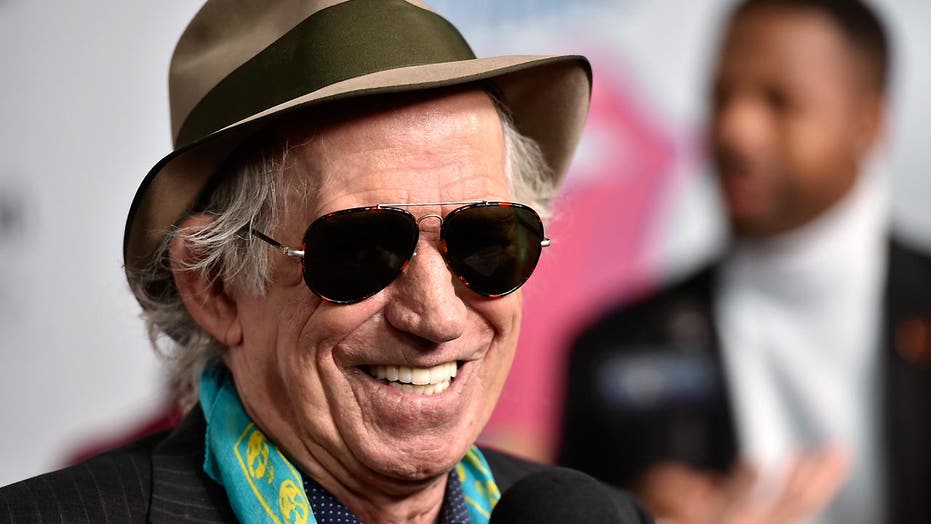 NEW YORK – The Rolling Stones initially went into the studio to create original rock music, but after rehearsing blues songs to flex their musical muscles, they took an unintended path.

They recorded an entire blues album, and it only took them three days.

"It was really quick, super quick. It was really fun to do something that fast. And you didn't really have time to analyze and think and overdub," Mick Jagger said in a recent interview with The Associated Press. "I didn't know if it was any good ... it was just too fast, and I listened back and in the end we used all the songs we recorded."

"Blue & Lonesome," the iconic rock group's first album in 11 years, is out Friday. The 12-track set, recorded last December at British Grove Studios in West London, includes covers of blues songs from Jimmy Reed, Little Walter, Eddie Taylor and more. Eric Clapton, who was recording at the same studio, plays guitar on two tracks, while Jagger plays the harp throughout.

The idea of recording a full blues record came after Keith Richards suggested they play Memphis Slim's "Blue and Lonesome" to warm up.

"We had no intention of making a blues album," Richards said. "'Let's make a blues album' just ain't us, you know. But at the end of the sessions we said, 'We made a blues album!'"

Jagger then started suggesting more artists to cover, from Howlin' Wolf to Willie Dixon: "Mick basically was coming out with most of the ones he wanted to do. And you know, when you're in a band, what the singer wants to do is what you do — that way you get the best performance," Richards said.

Charlie Watts said the album, produced by Don Was and The Glimmer Twins, was easy to record because it reminded the band of their earlier work.

"It's really back to what we did when we started," he said. "It's what we started doing at Edith Grove ... that's what we used to do when Mick was at London School of Economics."

Ronnie Wood added that starting with original songs but ending with a blues album was "a great accident." Of the original material they started with, he said: "That was going fine, but they all take time to cook and to settle."

Wood added that he didn't have a hand in picking which songs to cover, but their cover of Jimmy Reed's "Little Rain" is a winner with his kids.

"And it surprised me when we got to Jimmy Reed because 'Little Rain' would have been the last song I would have that we would have done, and I'm really pleased — it's like a lullaby to my little twin babies. They love it," he said.

The Stones will also release "The Rolling Stones Ole Ole Ole!: A Trip Across Latin America" to 300 U.S. theaters on Dec. 12 for one night only. It includes footage from their tour of Latin America this year, which included a historic show in Cuba.