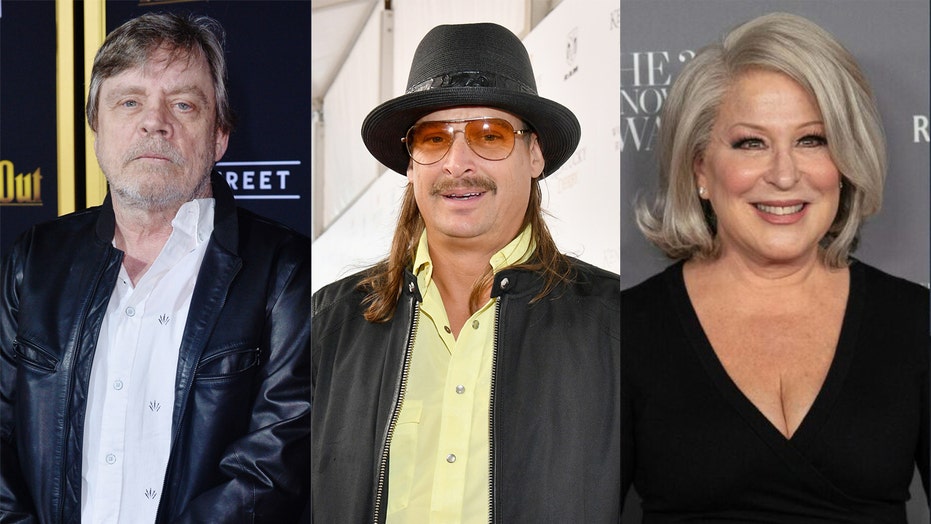 The U.S. Senate voted to acquit President Trump on both articles of impeachment against him Wednesday afternoon following a brief trial.

Much like they did during Trump's State of the Union address on Tuesday night, Hollywood stars took to social media to share their opinions on the news.

Whether they're critics or supporters, there were plenty of reactions to the acquittal.

TV host Chuck Woolery, a Trump supporter, fired off several tweets during the voting process, deeming it a "total waste of our time."

No words were needed for Kid Rock, who simply shared a photo of himself with Trump, 75, shortly after the voting ended.

"National Lampoon's Christmas Vacation" star Randy Quaid shared his excitement on Twitter, sharing a photo of himself pointing at the news headline reading: "Trump acquitted." The photo is accompanied by several thumbs-up emojis.

On the other hand, there were those disappointed by the news.

"So a widespread coverup blocked a bi-partisan(!) vote to convict @realDonaldTrump and bounce him out of the WH as he rightly deserves," wrote actor Jeffrey Wright. "BI-PARTISAN. Pure corruption."

"All I know is, we were all MUCH happier during the Halftime show," said "Lion King" star Billy Eichner.

Some stars also shared support of senator Mitt Romney, who voted against party lines in favor of impeachment.

"Thank you @MittRomney for putting #CountryOverParty & voting your conscience," wrote "Star Wars" icon Mark Hamill. "Is there any doubt the outcome would have been much different had it been a secret ballot? #CowardlyGOP #HistoryIsWatching"

By a final vote of 52-48 against conviction on the abuse of power charge and 53-47 against conviction on the obstruction charge, the Senate fell far short of the two-thirds, 67-vote supermajority needed to convict and remove the president. Swing-vote Republican senators -- including Lisa Murkowski of Alaska, Susan Collins of Maine, and Lamar Alexander of Tennessee -- voted to acquit on both counts.