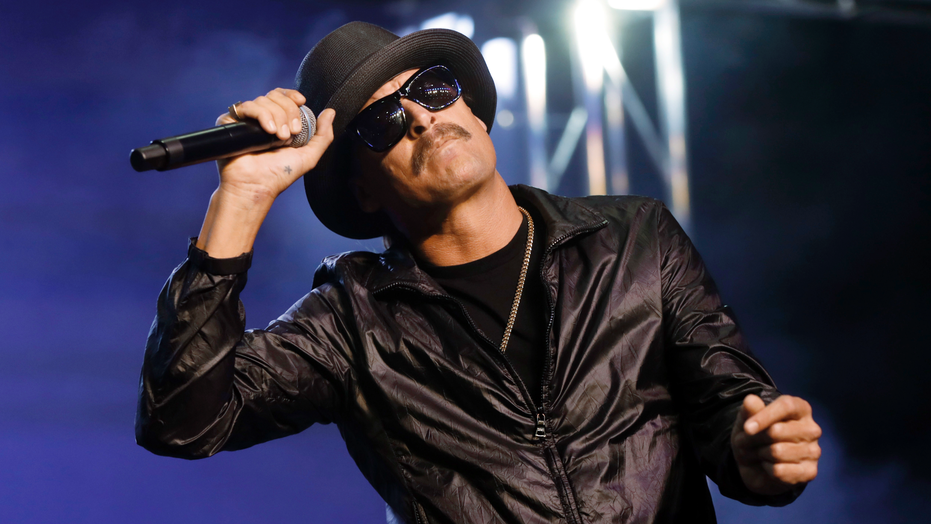 Kid Rock is not happy about the way he has been treated on social media.

The five-time Grammy nominee went off on Twitter again, this as the Motor City musician is ending his licensing agreement for the Made in Detroit restaurant he owns in Little Caesars Arena, which came after Rock ranted against Oprah Winfrey at a Tennessee steakhouse he owns.

“All this BS going on has just got [sic] my blood pumpin’ and is only more songwriting fuel for a new record and tour in 2021,” Rock wrote in the first of two tweets venting his frustration. “I am beholden to no one, no corporate sponsors, no label and I am gonna go the f--k off!

“You haters better be shaking in your boots,” he continued. “To my supporters and fans, I will not let you down. I guarantee it will be my best record and tour ever. Devil Without a Cause… Kid Rock.”

The rocker, whose real name is Robert Ritchie, also tweeted a photo of himself shirtless, flipping the birds in a music studio.

The “Redneck Paradise” crooner’s diatribe came after he announced via Facebook on Wednesday that he would not be renewing his agreement for his restaurant in April after he said people tried to “label me a racist.”

“I may be guilty of being a loud-mouth jerk at times, but trying to label me racist is a joke, and actually only does a disservice to the black community, which I have supported my entire life, by trying to alienate myself and many others,” Rock said in his post.

Last week, Rock slammed Oprah in a drunken, foul-mouthed rant that had many labeling the 48-year-old as racist after he yelled into a microphone: "F--k Oprah. Oprah Winfrey is like, 'Hey, I just want women to believe in this sh--'. F--k her. She can s--- d--- sideways," according to video obtained by TMZ.

Kid Rock announced on Facebook that he confirming that he “will not be renewing my licensing agreement for my Made In Detroit Restaurant this April.” (Raymond Boyd/Getty Images)

Rock also took aim at "The View" co-host Joy Behar before turning over the mic.

"I'm not a bad guy, I'm just an honest guy saying I don't like Oprah Winfrey or Joy Behar," he said in the video, in which someone can be heard saying: "He's racist. Look at him, he's blacked out drunk as f--k.'"