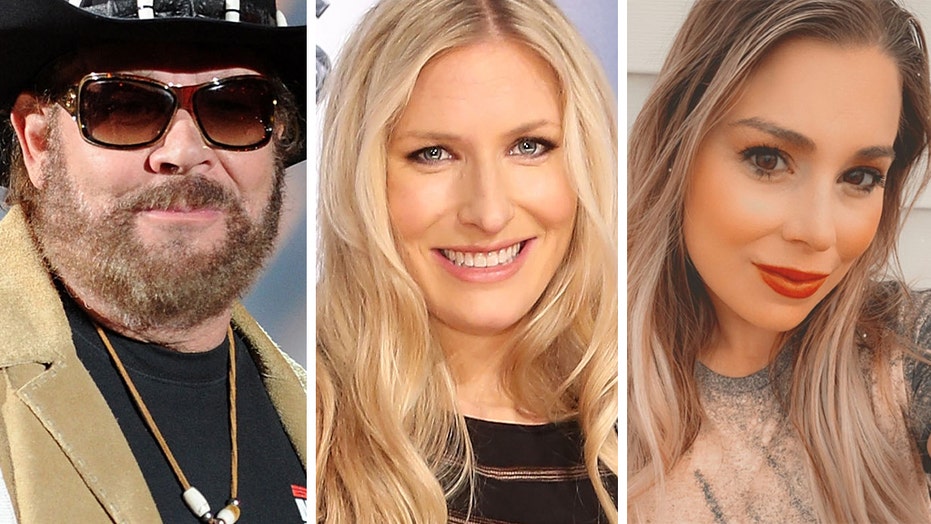 Holly Williams is mourning her sister.

On Saturday night, Katherine Williams-Dunning, a daughter of country singer Hank Williams Jr., died in a car crash in Tennessee.

It was reported that the car drifted over the median on a highway and started to roll over.

Williams-Dunning, 27,  was in the car with her husband, Tyler Dunning, 29, who was airlifted to a hospital for unspecified injuries.

On Sunday, Holly Williams took to Instagram to pay tribute to her late sister.

Holly, also a singer, shared a family photo with several members of the Williams clan that was taken just days ago.

"I have no words. On Friday morning I talked the family into taking this picture and had no idea it would be our last together with my precious little sister Katie," the caption read. "We all went to my great aunts funeral on Thursday whom we all loved dearly, and now are faced with another one. ALL we need is prayers. My daddy. My little brother. Katie’s husband (he is awake and responding don’t know injury extent yet). My niece and nephew. Her Mama. The Dunning family. All of us. So. Many. Prayers. Jesus is close. Thank you all."

Holly, 39, finished her post with a passage from the Bible: "Be merciful to me, O LORD, for I am in distress; my eyes grow weak with sorrow, my soul and my body with grief. Psalm 31:9."

The death was confirmed by Sam Williams, Katherine's brother and yet another singer, on Facebook. His social-media profiles have since vanished.

“My sister and brother in law have been in a terrible accident. Please pray for them so hard! Katie Williams and Tyler Dunning,” Williams wrote.

Their father, Hank, 71, has been known for the song, “All My Rowdy Friends Are Coming Over Tonight,” which he later rewrote as a theme song for “Monday Night Football, among other hit tunes.

He’s the son of Hank Williams, one of country music’s most iconic figures, who died in 1953 at age 29 after writing a long string of hit songs.