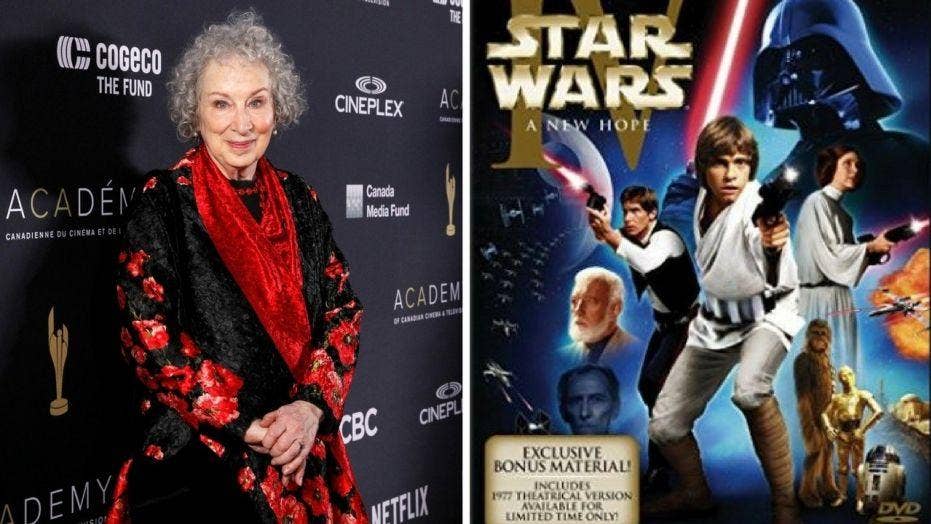 During an event, Margaret Atwood, the author of the book-turned-TV hit “The Handmaid’s Tale” says that the 9/11 terrorists were inspired by “Star Wars.” Atwood referenced

With the season two premiere of the dark, dystopian drama “The Handmaid’s Tale” on the horizon, the book’s author, Margret Atwood, believes that the Trump presidency has helped fuel the show’s success.

“There no question,” Atwood confidently told Fox News at the fifth annual Variety Power of Women lunch in New York City, after being asked if the country’s political climate has contributed to the success of her adapted series. “They were still filming [the show] in 2016 – the first series – and they woke up on November the 9th and said, ‘we’re in a different show.’”

The famed author went on to explain that the 2016 election and Trump's win helped to shape the direction of the Hulu series.

“It wasn’t the show that changed, the frame changed and because the show updated itself to now, as they write they are able to reflect our reality,” she explained. “So, you’ll see some things in season two that may sound quite familiar to you.”

Although Atwood is the original mastermind behind the totalitarian society of Gilead, she isn’t the one who makes the final decisions when it comes to the show’s production. The 78-year-old author described how she is involved in the show’s creative process.

“I am what is called a consulting producer, which means I don’t have any actual power, but I get to talk to the showrunner Bruce Miller quite a bit, and we go back and forth on various things, and I get to see episode as they are completed,” the author said. “So I would say I have input, but no veto.”

As an honoree of Variety’s New York Women of Power celebration, Atwood had previously spoken to the outlet about her process of writing her iconic novel and her views of the current #MeToo movement, in addition to sharing her theories about the 9/11 terrorist attacks on the World Trade Center.

The critically acclaimed author originally said to the magazine, “They [the terrorists] didn’t get that idea from my opera, don’t worry. They got the idea from ‘Star Wars.’”

When asked if she “really believes that,” Atwood backed up her claim.

“Remember the first one?" she asked, referring to "Star Wars: Episode IV – A New Hope." "Two guys fly a plane in the middle of something and blow that up? The only difference is, in ‘Star Wars,’ they get away. Right after 9/11, they hired a bunch of Hollywood screenwriters to tell them how the story might go next. Sci-fi writers are very good at this stuff, anticipating future events. They don’t all come true, but there are interesting ‘what if’ scenarios.”

“It’s not an original thought. People had that thought at the time,” she told us. “Japanese pilots during WWII, same idea. There are very few absolutely new ideas. The difference with ‘Star Wars’ is because it was a film, Han Solo gets to fly away. He doesn’t blow up his own plane. He just blows up the Death Star.”

Standing by her comments, the author suggested that people pay more attention to sci-fi writers and the stories that they tell.

Before heading into the formal luncheon, Atwood made one last point. “Remember the two-way wrist radio, Dick Tracey? We’ve got that now.”

Season two of "The Handmaid's Tale" premieres April 25 on Hulu.