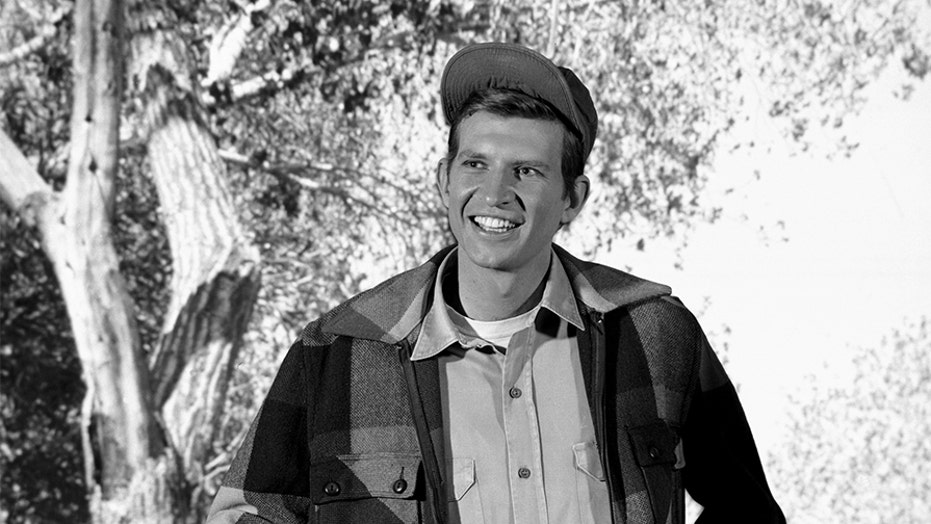 Tom Lester, a devoted evangelist who starred as friendly farmhand Eb Dawson on the ‘60s series “Green Acres,” has died. He was 81.

He died of complications from Parkinson’s disease in the Nashville home of his fiancée and long-term caregiver Jackie Peters on Monday, Mississippi’s Laurel Leader-Call reported. His brother Michael Lester did not immediately respond to Fox News’ request for comment.

"Tom Lester was a great friend of mine," the star's pal, fellow actor Gary Moore, told Fox News. "We met over 20 years ago and stayed friends all these years. I started taking Tom to autograph shows because so many fans wanted to meet him. I’ve stayed at his house on his farm which he called, Green Acres. He’s been to my house and signed pictures of Arnold the Pig for my four boys."

"He would often call me every week and he would pray with me," Moore continued. "We laughed all the time. I saw Tom last month in Nashville, and I got to hear him say 'Golly' one more time then I prayed with him. He met Jesus in Heaven today and looked around and I know he said, 'Golly, this is even better than you told me!'"

The Mississippi native who was raised on his grandfather’s farm had big dreams of becoming an actor in Hollywood. However, he told “Faith Forward” few people from his rural community believed he would find success.

“I told them I was going out to Hollywood to become an actor and they all said, ‘You’re crazy,’” Lester recalled. “’You’ll never be able to do that. You’re too tall, too skinny, too ugly. You’ve got a Southern accent and you’ll never make it in the motion picture business. You don’t look like Rock Hudson.’”

According to the actor, Lester was so discouraged that he put his acting dreams on hold and, instead, studied chemistry and biology at the University of Mississippi to become a doctor. However, one star inspired Lester not to give up.

“I might not make it, but at least I’m going to try,” Lester said. “And I would’ve rather gone out there and tried and failed than to never have gone out there at all. And I read an article once where they asked Don Knotts who was Barney Fife on ‘The Andy Griffith Show,' 'How in the world did you ever get into movies?’ Because he didn’t look anything at all like Rock Hudson. And he said, ‘I figure everybody in Hollywood was good-looking and had a good physique. I figure they needed somebody a little different.’ And he was.”

Tom Lester said he arrived in Hollywood with only a dream and no plan. (Photo by CBS via Getty Images)

Lester said he went to Hollywood with no real plan.

“I didn’t figure there were a lot of folks like me in Hollywood, so the way I went, no job, no place to stay, didn’t know anything about the motion picture business,” he explained.

But unlike most actors, Lester didn’t immediately seek an agent or sought out casting calls. Instead, he went to church where he found a job to support himself. Along the way, he met “a wonderful drama coach,” named Lurene Tuttle, also known as the “First Lady of Radio.”

“He was an executive producer of ‘Green Acres’ at that time and was the most powerful comedy producer in the world,” Lester said. “So he’d come to see Linda Kaye… and he liked me, got to know my little idiosyncrasies and all these things about me, because we’d have little parties over at his house and drink Cokes and eat hot dogs and have a good time.”

“[Henning] said, ‘Tom, I like your accent,’” Lester continued. “’Now see, all my friends in Mississippi said, ‘You’ll never make it because you’ve got a Southern accent.’ And here was the most powerful comedy producer and writer in the world saying, ‘I like your accent.’ And he said, ‘Maybe someday I could put you on ‘The Beverly Hillbillies,’ how would you like that?’ And I said, ‘Oh, Mr. Henning that would be wonderful.’”

But the opportunities didn’t come so quickly and the plays stopped. In fact, Lester was making plans to go home when he received a phone call that forever changed his life.

“Three weeks went by and Mrs. Henning called me on the phone and said, ‘Tom, we tried to reach you last night,’” he said. “’Mr. Henning wants you to get over to the studio as fast as you can and read for the part of Eb on ‘Green Acres.’”

According to Hollywood legend, Lester beat out 400 other actors for the role because he knew how to milk a cow.

“Green Acres,” which premiered in 1965, tells the tale of a New York City attorney who attempts to live the life of a genteel farmer alongside his wife in Hooterville. The series, which aired until 1971 also starred Eddie Albert, Eva Gabor and Pat Buttram, among others.

MeTV noted Dawson wasn’t supposed to play a major part in the show. However, Lester’s performances in early episodes were so popular among audiences that he quickly became a regular.

Lester also appeared in hit shows, including “The Beverly Hillbillies,” “Petticoat Junction,” “Love, American Style,” and “Little House on the Prairie,” just to name a few.

Following the death of Mary Grace Canfield in 2014, Lester became the last surviving regular cast member of “Green Acres.”  His last credited role is 2014’s “Campin’ Buddies” with Don Most and Victoria Jackson.

Lester, who became a born-again Christian in 1948, dedicated his life before and after “Green Acres” sharing his Christian faith to others. Laurel Leader Call reported he spent many years on his farm in Jasper County and was the recipient of Mississippi’s “Wildlife Farmer of the Year” award in 1997.