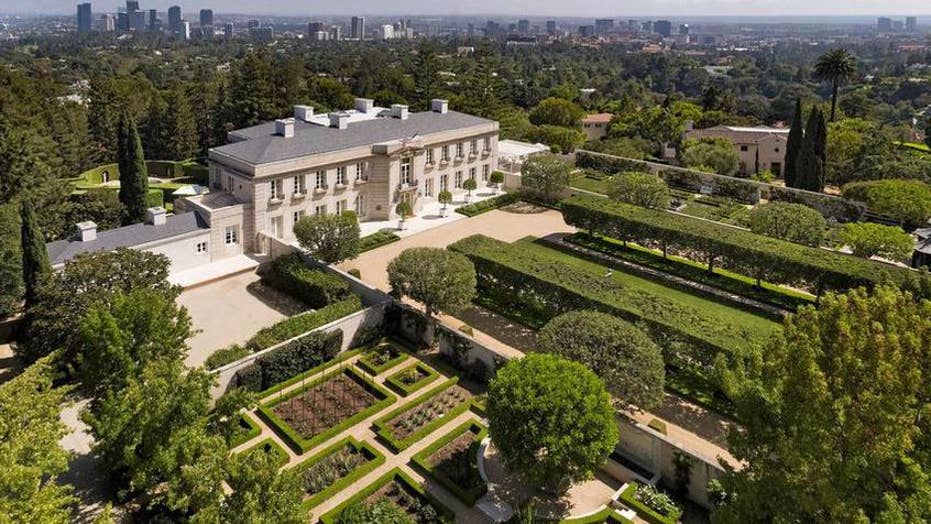 America’s most expensive house up for sale

A 25,000-square-foot home located in Bel Air is up for sale. It is the most expensive house in America

What was once the most expensive home for sale in America is officially off the market, sold for a record-breaking price in California.

The Chartwell Estate in Bel-Air, famously featured in the credits of "The Beverly Hillbillies," has recently sold for about $150 million, effectively making it the most expensive home ever sold in the Golden State, according to the Los Angeles Times.

The buyer of the French neoclassical-style mansion is said to be Lachlan Murdoch, FOX Executive Chairman and CEO and co-chairman of News Corp, according to Wall Street Journal, which cited sources close to the sale.

The 25,000-square-foot mansion stretches across 10 acres of land, boasting 18 bedrooms, 24 bathrooms, an underground garage with room for 40 vehicles, and a wine cellar with the capacity for 12,000 bottles — along with a $1.3-million property tax bill, per Fox 11.

Constructed in 1933, the Chartwell Estate was most recently owned by late Univision chairman A. Jerrold Perenchio, who bought the property for nearly $14 million in 1986. The media mogul, who passed away at age 86 in 2017, expanded the estate with the purchase of three contiguous parcels of neighboring land. He also shelled out $15 million for the former home of President Ronald Reagan behind the main estate, and enhanced the main residence to feel like a “Versailles-like palace” with various restorations, the LA Times reports.

The sweeping grounds of the private residence include a 75-foot swimming pool, a tennis court, fountains, a pool house and a guest home. A “secret” tunnel also reportedly runs from the basement of the main residence to the swimming pool.

In addition to being the most expensive property ever sold in California, Chartwell’s sale also marks the “second most expensive residential sale ever recorded” in the U.S., according to the Wall Street Journal.