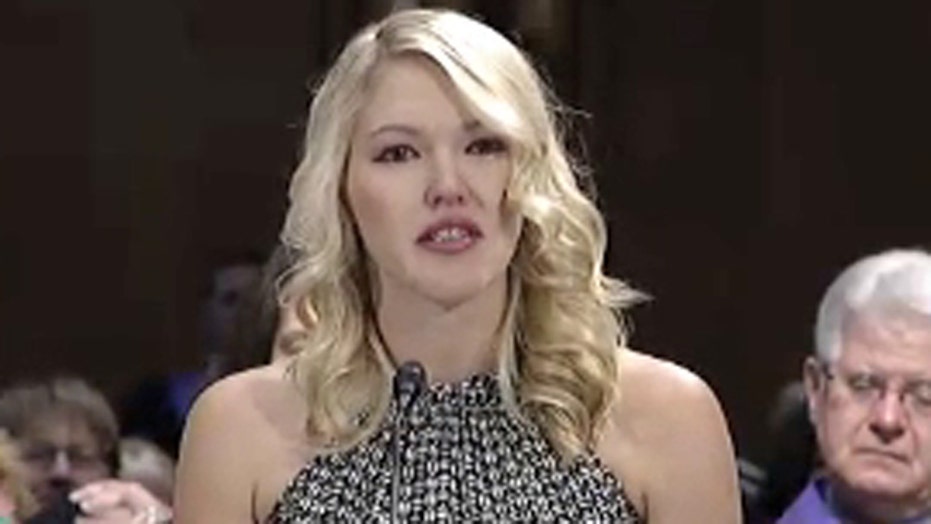 An emotional Ashley Campbell spoke to senators on Wednesday about how Alzheimer ’s disease has affected her father, country music legend Glen Campbell.

“I think a person’s life is comprised of memories, and that’s exactly what this disease takes away from you,” his daughter said.

She described how she used to play the banjo with her father as he played the guitar, something her father can no longer fully participate in since his disease has progressed.

She spoke on behalf of her family to advocate for Alzheimer’s research, as her famous father sat beside her.

The 77-year-old also attended a fundraising dinner for the Alzheimer's Association while in Washington.

Glenn Campbell went public with his Alzheimer’s diagnosis in June 2011. Shortly after that he stopped touring.

Still, Campbell will release a new album, "See You There," on July 30. It's a re-imagining of some of his most popular songs, recorded by Julian Raymond during the same sessions that produced Campbell's last studio album of all new material, 2011's "Ghost on the Canvas."

The album offers new versions of his biggest hits like "Wichita Lineman," ''By the Time I Get to Phoenix," ''Rhinestone Cowboy" and "Hey Little One."

His wife, Kim Campbell, says her husband still occasionally lays down vocal tracks in the studio but the disease has progressed too far to allow him to continue touring, something the family and Campbell's management left open when he wrapped up his successful goodbye world tour last year.

"Glenn still wants to record, but it's just a matter of if he's able to," Kim Campbell said. "It just gets more and more difficult for him all the time."