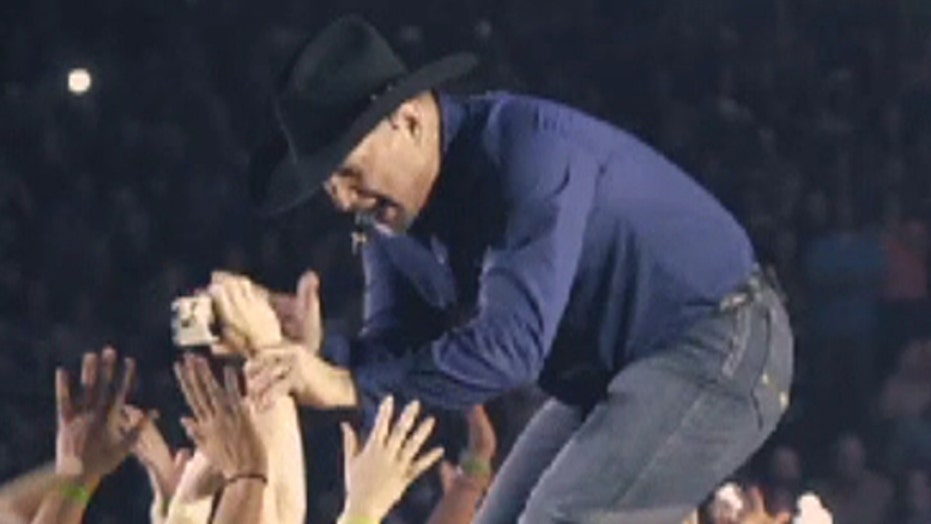 Garth Brooks: I was scared to death

Garth Brooks will celebrate his record-breaking seven diamond albums on Oct. 24 with a free show at Nashville’s Ascend Amphitheater. The singer made the announcement on Monday, alongside Tennessee Governor Bill Haslam.

The Tennessee Department of Tourist Development will honor Brooks for becoming the first artist ever to have seven diamond albums. The show is described as a special “thank you” to fans in Tennessee. Brooks became emotional talking about his adopted home during Monday’s media event.

I cant thank Tennessee enough for taking me in as if I was one of their ownand allowing me to chase a dream,” he said, pointing at the banner behind him. “I couldnt be more proud to bring this back to the home of country music."

Fans can expect a show unlike any other, Brooks tells Taste of Country. He’ll play seven songs acoustic, one from each of the seven diamond albums. Trisha Yearwood is likely to be the only collaborator, although Brooks admits that once the show begins, all the rules and regulations of the show are likely to be broken.

For tickets, follow the Tennessee Department of Tourism’s new QQQATQQQTennessee account on SnapChat. Codes will begin being issued Monday(Oct. 3). Anyone unable to get tickets can still watch the show live from a special viewing area at Nashville’s Riverfront Park via giant video screens there.

Brooks isn’t on SnapChat yet, although he divulged that he will be by the end of the week. He also shared that two other albums are on the cusp of reaching 10 million in sales. Both The Chase and In Pieces are close, but that could mean years away in today’s retail environment.