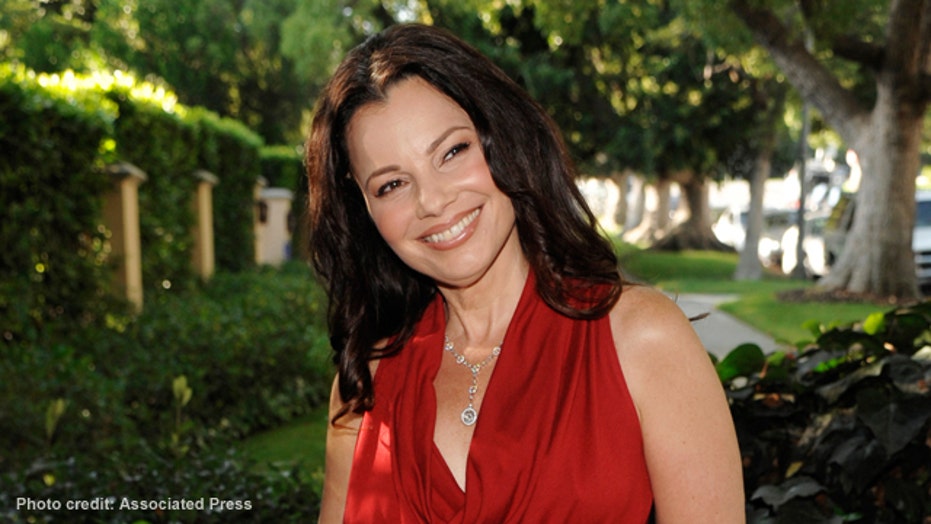 Fran Drescher has revealed a few secrets from behind the scenes of the hit '90s sitcom "The Nanny" in a new interview with Studio 10.

Speaking alongside her ex-husband and friend Peter Marc Jacobson, with whom she created the show, Drescher reflected on "The Nanny’s" origins, its demise — and its litany of celebrity guest stars.

The 59-year-old actress said she found inspiration for the program after she was seated next to a CBS studio exec by chance on a flight from the US to Paris. By the end of the flight, she’d worked her charms to such an extent he said she could call his office to set up a meeting and pitch a TV pilot.

Landing in Paris, she visited her close friend, supermodel Twiggy — but found the iconic beauty was too busy with work commitments to see her very much. Instead, she focused her attentions on her friend’s young daughter.

“I decided to schlep her around so I wouldn’t be alone,” Drescher said.

After a lot of back and forth banter with the 12-year-old during their time together, “I couldn’t get this relationship out of my head. I thought of the idea: A spin on 'The Sound Of Music,' only instead of Julie Andrews, I come to the door."

That’s what they pitched, and that’s what CBS snapped up. "The Nanny" was a hit, thanks in no small part to the sexual tension between Fran Fine and her employer, Maxwell Sheffield (Charles Shaughnessy).

As the show wore on, the calls from viewers got louder: When would Fran and Maxwell finally get together?

Now, Drescher and Jacobson admit that answering those calls (the characters married at the end of the show’s penultimate season) was to be "The Nanny’s" death knell.

“When a show is built around a love that can’t happen, sexual tension, you have to keep it that way. As much as you want the people to get together, as soon as they do, people start tuning out,” Jacobson said. “We didn’t want to get them together.”

The show would last just one more season after its two lead characters wed.

He said that scheduling changes in the show’s later seasons had seen ratings dip, and the network delivered an ultimatum: Give us a wedding or we’ll cancel "The Nanny."

“So we looked at each other and said ‘Well, we are having a wedding!’” he said.

"The Nanny" bowed out in 1999 with a two-part finale that saw Fran and Maxwell welcome twins.

Almost two decades later, with sitcoms like "Will & Grace" and "Roseanne" poised to return to the screens, could Drescher be persuaded to tease her hair up for another go at Miss Fine?

“We wouldn’t do it for the money. We would do it because we cracked the code on how to tell the story 20 years later,” she said. “And make it interesting. I set a very high standard. At this stage of my life, it has to make my heart sing. As Peter said, once the sexual tension is gone, now she is the wife, there went the series. So, to go back... We would have to figure out where we are starting from and what it is.”