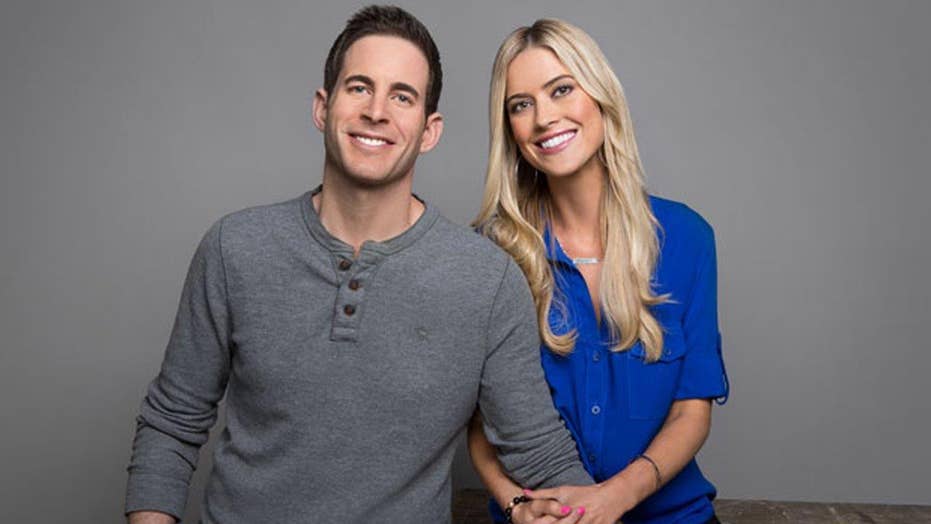 'Flip or Flop' couple keep it in the family?

Fox411 Breaktime: Tarek and Christina El Moussa linked to people who once worked with them

"Flip or Flop" stars Tarek and Christina El Moussa shocked their fans when they announced their split late last year. Now new reports indicate their marriage came to an end after Tarek allegedly discovered inappropriate texts between Christina and their former contractor Gary Anderson, according to InTouch.

A rep for the El Moussa's told FOX411, "People should focus on real issues that affect their life and now get bogged down by tabloid distractions." No further comment was provided.

Tarek and Christina El Moussa spotted getting coffee together

"Tarek saw Christina’s phone and believed there was some inappropriate texting going on between [the two]," a source close to the El Moussa's told InTouch adding the exchange led to Tarek's gun incident.

A rep for the pair did tell FOX411 that both Tarek and Christina have dated other people since their split but neither are ready to announce a relationship. Tarek also dated the pair's former nanny.

The pair have been spotted together multiple times since announcing their split but spent Christmas separately. They have maintained that their split was a joint decision.

Even though the couple are separated filming on their hit HGTV show will continue as normal.

"We admire and appreciate Tarek and Christina’s great work on 'Flip or Flop.' When it comes to matters related to their own family, we respect their privacy and honor any decision that works best for them and their children," the network told us. "HGTV is currently airing episodes of 'Flip or Flop' and the series will continue production as scheduled."