Fox News has the first look at Jackie Evancho’s new music video for her first single off of her upcoming album "Two Hearts."

Evancho stays true to her opera roots in her new single, "Attesa," telling us the song is about the "anguish of being parted from the man the singer loves and how she is begging to have him brought back to her."

"I loved this experience," the singer told us of shooting the video.

The 16-year-old donned a floor-length sparkly-red dress for the video.

"I loved the dress," she said adding, "I felt everything suited the song so well...the dropping water helps set the somber mood."

Evancho started her career as the 2010 "America's Got Talent" runner-up.

She made headlines for singing the National Anthem at President Donald Trump's inauguration in January.

She told "FOX & Friends" ahead of her inauguration performance she was honored to perform for the president.

"[There was] a lot of conversation between my family because there would be a lot of backlash. We knew that," Evancho said. "In the end... this is an honor for me to sing for my country, and that's all it is. There's no politics involved for me." 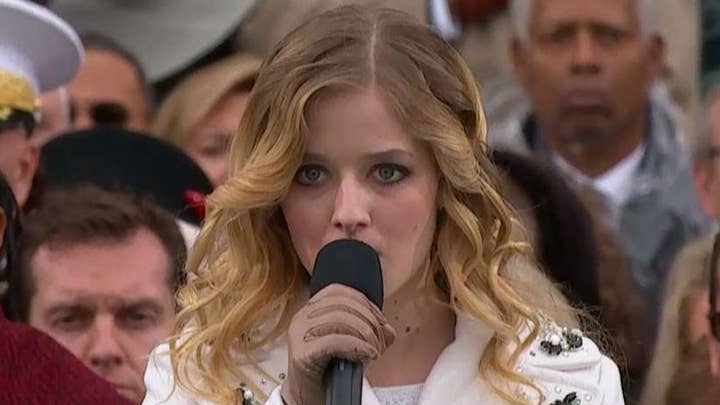