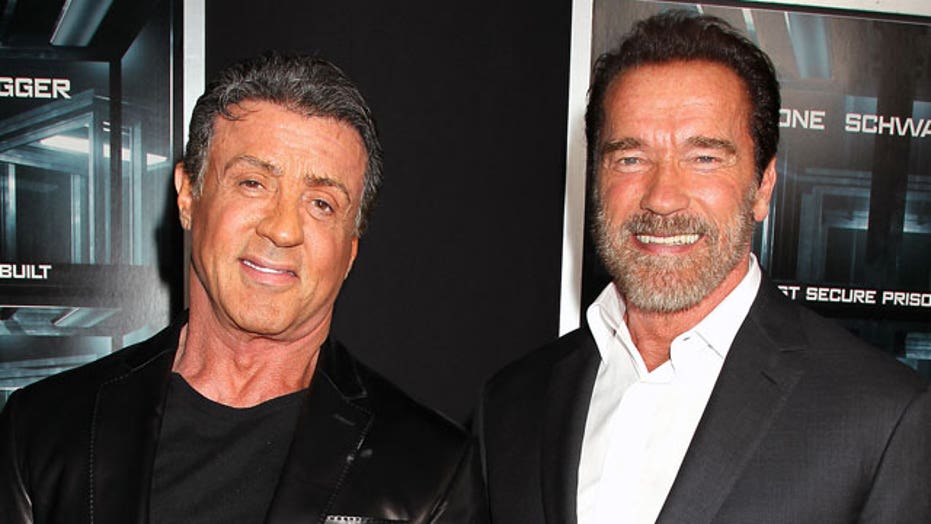 Step into the Foxlight with Michael Tammero

Leave it to Sly and Arnie to keep the old-school action-adventure alive. Their latest outing “Escape Plan” is almost antiquated compared to today’s action films, but you know what? We needed it. “Escape Plan” is a throwback to the well-executed, tongue-in-cheek actioners of the early ‘90s.

Directed by Mikael Håfström, “Escape Plan” works for a number of low-brow reasons. It immediately sets its own preposterous rules. Then, thankfully the script, with tongue firmly planted in cheek, exists entirely within its own ridiculous confines, never breaking its rules. This keeps the audience invested, no matter how silly it becomes and results in tremendous fun. Lately, action movies have either been far too serious for their own good or unbelievably stupid. “Escape Plan” is neither. It’s just light, funny and exciting with its many escape setups and executions.

Stallone is Ray Breslin, an expert on maximum security prison protocols. His job is to be imprisoned undercover in the strongest jails in the country and then break out, testing the security for weaknesses. When the CIA calls, asking Breslin to test an off-the-grid prison, he accepts only to discover he has been conned and will spend the rest of his days in a glass cage in the futuristic-looking prison called The Tomb.

Seeking vengeance on the people who set him up, Breslin enlists the help of a friendly inmate, Rottmayer (Schwarzenegger) to plan their escape. Though Breslin created the security measures for the super-secret prison, the nasty and impeccably dressed Warden Hobbes (Jim Caviezel) is always one step ahead of Breslin’s scheme, ready to dish out his cruel and unusual punishments.

Schwarzenegger is the comedian here contrasted with Stallone’s serious stone-cold action hero. Arnold plays off the stereotypes, making the duo a blast to watch. Stallone creates the escape plans and then sends Arnold off to execute the setup. Arnold’s antics during the frequent escapes are some of the most enjoyable work he’s done in well over a decade.

Jim Caviezel plays the monologing evil warden. You have to laugh at the stereotype, even down to his hobby as a lepidopterist, or butterfly collector. There’s no rhyme or reason to his evilness. He’s just an archetypal baddie. Perhaps Caviezel is miscast, though, especially with the great Sam Neill in the same film in a throwaway part as the prison doctor. Neill, with his suave delivery and genteelism would have been a far better choice to play the devious Warden Hobbes.

This is a conservatively made action film along the lines of the original “Die Hard.” The sets are real and expansive, creating a realistic atmosphere and the action sequences are confined to the logic of the location. There’s little reliance on special effects, just good old brains and brawn.

Rounding out the cast are Vincent D’Onofrio as Breslin’s smarmy boss and Vinnie Jones, who does a fine job as Hobbes’ henchman. Amy Ryan and 50 Cent bring the cool as Breslin’s outside team trying to rescue him.  But obviously, the draw here is Stallone and Schwarzenegger side by side really for the first time – and hopefully not the last.

As far as the “geriaction” genre goes, “Escape Plan” is a pure delight and doesn’t rely too heavily on reminding the audience that Stallone and Schwarzenegger aren’t spry young men anymore. This is pure, clean old-school fun, from the practical effects and set pieces to Alex Heffes’ “Rambo”-tinged score, fans of ‘80s and ‘90s action films should revel in its awesome nostalgia.