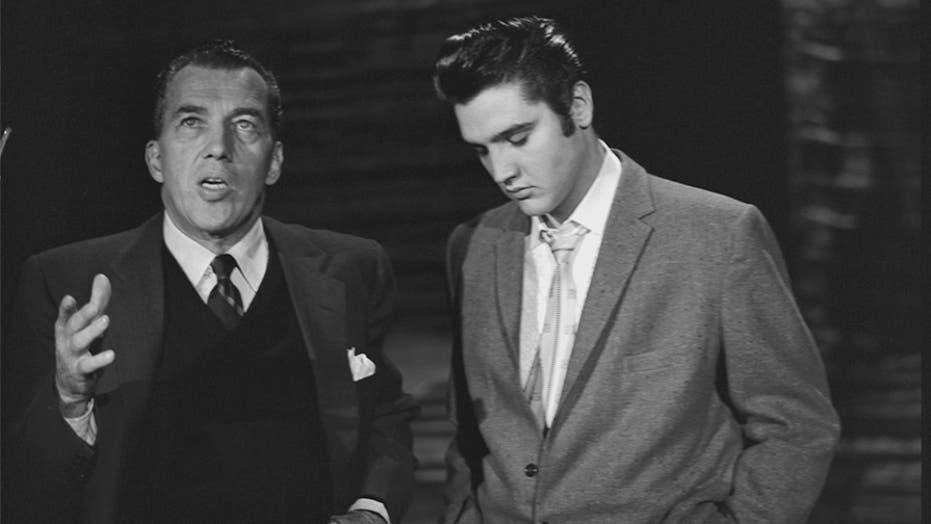 On Sept. 9, 1956, Elvis Presley caused controversy when he made the first of three appearances on “The Ed Sullivan Show.”

According to author Greil Marcus’ “Elvis Presley: The Ed Sullivan Shows,” the beloved TV host felt the singer was “unfit for family viewing” and even said publicly that Presley “was not my cup of tea,” U.K.’s Express reported on Wednesday.

Presley’s dancing, especially when he rotated his pelvis, was considered too sexual for the time, the outlet noted.

But Sullivan, who ruled TV’s reigning variety show, ultimately realized it was a bad move for business. The star learned Presley earned big ratings on “The Steve Allen Show,” “Stage Show” and “The Milton Berle Show,” which were considered his rivals. It was then that Sullivan decided to extend an invitation to Presley.

Presley’s manager Colonel Tom Parker negotiated “an unprecedented $50,000 for the trio of shows.”

Sullivan didn’t make it for Presley’s debut--he was recuperating from a car accident. British actor Charles Laughton took over hosting duties from New York, while the then-21-year-old performed remotely from Hollywood, where he was shooting his first movie, “Love Me Tender.”

For his debut on “The Ed Sullivan Show,” Presley performed “Don’t Be Cruel,” “Love Me Tender,” “Hound Dog” and “Ready Teddy.”

The outlet noted that cameras attempted to censor Presley when he started his controversial dancing. However, that didn’t stop the screaming audience from going wild for the future King of Rock ’n’ Roll.

The appearance catapulted Presley to stardom, garnering 60 million viewers -- or 82.6 percent of TV viewers at the time -- History.com said. “The Ed Sullivan Show” earned its best ratings in two years and became the most-watched TV broadcast of the 1950s. Presley’s performance of “Love Me Tender” also increased the hype for the upcoming film.

Presley returned to “The Ed Sullivan Show,” this time with Sullivan himself hosting, on Oct. 28, 1956. His last performance took place two days before his 22nd birthday on Jan. 6, 1957.

Despite his initial hesitation, Sullivan didn’t regret having Presley appear on his show. He later told the audience that Presley was “a real decent, fine boy,” Graceland.com reported.

“We want to say that we’ve never had a pleasanter experience with a big name than we’ve had with you,” Sullivan added.

“The Ed Sullivan Show” came to an end in 1971. CBS dropped the series in favor of movies, which brought in more money for a smaller investment, the New York Times reported.

Sullivan died in 1974 at age 73 of cancer. Presley passed away in 1977 at age 42. Doctors said Presley died of a heart attack that was likely brought on by his addiction to prescription barbiturates.