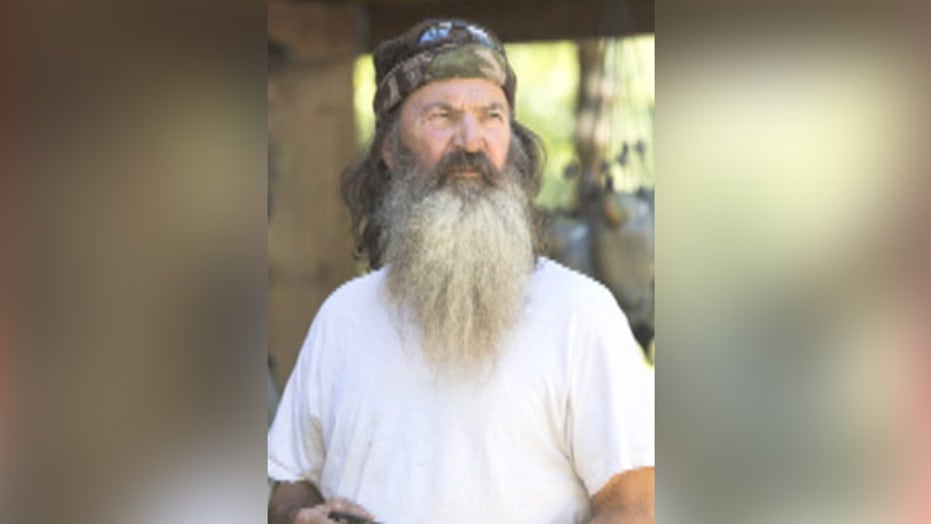 ‘Happy, Happy, Happy: My Life and Legacy as the Duck Commander’ is a rollicking good read. In it, 'Duck Dynasty' star Phil Robertson details his life, including his wild early years and philosophical musings on parenthood, God, and of course, duck hunting.

FOX411: Why do you think ‘Duck Dynasty’ is so popular?

Phil Robertson: It’s hard to figure but it’s been a while since shows like ‘The Waltons,’ Andy Griffith. This is a 21st century version of one those type of shows. The only thing I can figure is something about the closeness of the family. I think somewhere in there is why the show is resonating. That’s the only thing I can think of.

FOX411: You write about how you put Miss. Kay through years of hell with your drinking.

Robertson: You are correct. I was disappointed having to say that. But that’s what happened. God-fearing people, once they’re saved from their sins, they don’t mind talking about it. They say, ‘I was caught up in the 60’s.’ I was caught up in same thing, sex drugs and rock and roll. But I finally battled my way out of it. Trust me the first 28 years, no Jesus. The last 38, I’ve had a relationship with Jesus and whoa! Is life a lot better.

Robertson: How this all started, pre-TV show, I was down in New Orleans at the Superdome and I gave a duck call demonstration. I said, ‘Folks, I’m not an ordained minister but I think I’m going to preach you a little sermon. My message is to get human beings to love God, love their neighbor and for the life of me I just don’t see the downside of human beings not being so mean to one another and actually care for one another and not steal from one another and not murder each other for their tennis shoes. That’s the message I have.

You look at what happened a couple of weeks ago. Two guys set some explosive devices, and you get to looking at it and you say, ‘What in the world?’ and what it comes down to is America and the world, we have a love problem. I’m trying to get people aware of that. A loving person is not going to pick up a spear or a knife because when the Ten Commandments were written it was before guns, and God was saying, ‘Look, quit murdering each other.’ Now I’m just trying to say, ‘Folks let’s try to love one another no matter what the color of their skin.’

FOX411: Tell us about how you raised your four boys.

Robertson: We had a code. I told them that I’d give them three licks if they disrespected their mother, if they were fist fighting with each other, and if they ever tore up perfectly good equipment for no good reason. I made sure we loved them and we taught them to love their neighbor.

We had very few rules and regulations. I would say, ‘If you want to stay up all night, that’s your prerogative.’ Getting up in the morning and catching the school bus. We didn’t go in there and say, ‘Time to get up.’ We taught them to be responsible.

When it came to teachers I told them, ‘You’re going to have great teachers, fair teachers and some are going to be poor but always remember they are your teacher. Shut up and sit down and obey them and get out with a fair grade and onto the next one.’ I backed the teachers no matter what.

FOX411: Would you ever run for political office?

Robertson: I’m not going to run for political office. You have to remember in all my speeches I seldom get political. Most of my messages are far more common sense and spiritual. I don’t use any of the terminology like left wing and right wing. I use language like godly and holiness.