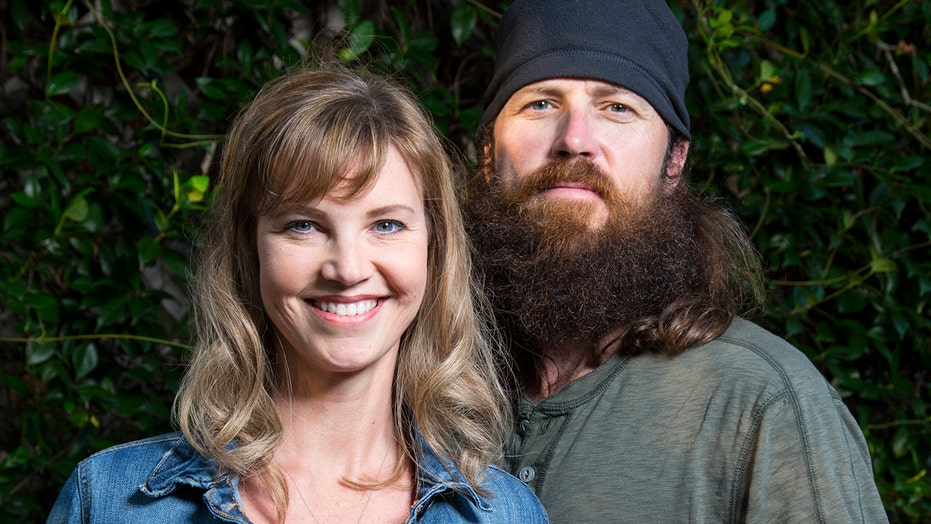 Missy Robertson is on a quest to transform the lives of women who only want a second chance at life.

The former “Duck Dynasty” star has opened the doors of her successful jewelry company, Laminin, to women in need and is letting her faith in Jesus Christ guide her on her journey as a mentor and a spiritual counselor to the women she employs at Laminin — many of whom are overcoming their own personal demons.

Fox News spoke with Robertson, 48, about how life has changed for her, her husband Jase and their family following the success of “Duck Dynasty" — which catapulted them into the national spotlight when it premiered in 2012 — as well as her new Pure Flix series, "Restored with Missy Robertson."

Now, in premiering her latest series,  the reality TV star goes one-on-one with the women who drive her business and one thing is certain, the Robertson clan has entered a new “season” of their lives and with it comes new challenges that absolutely test their faith as parents, friends and business owners.

"[...] I think for so many years, a little over five years, people were able to see into our lives,” Robertson said of the family’s time on "Duck Dynasty." "[...] That was what was so great about 'Duck Dynasty,' was that Hollywood came to us. We didn't have to move. And the cameras were in our homes and in our work and in our lifestyle and family.

"And all of those things are still the same," Robertson added of her new series. "We're just in different seasons of our lives."

For Robertson, the current season of her life still involves being hands-on as a mother, which saw one of her children get married at the end of the “Dynasty” run, another go off to college in Southern California and Mia Robertson, 16, is navigating her way through the ebbs and flows of high school.

“[Mia] is trying to find her tribe you know, as a high school cheerleader and sometimes the tribe is messed up but you want to be accepted,” Robertson explained. “So as parents, we had to really – we had to say, 'Look, this is the deal. You know, we want you to be happy, but that's not our first priority for you. We want you to be secure but we want you to be holy. That's our whole mission as your parent, to want to teach you that holiness and that is in gratitude for what Jesus Christ did for you.'”

Robertson isn’t naïve to the idea those words might go in one ear and out the other with a young adult who simply wants to make it unscathed through the social gauntlet high school can become for many.

“Now, tell that to a teenager – you're not going to get the greatest response the first time out. But you stick to it because at least we’re sticking to it and she is flourishing,” Robertson said of Mia, who was born with a bilateral cleft lip and palate in September 2003.

"The overall vibe of our family is the foundation of our faith in Christ."

“She's flourishing because of this," Robertson continued. "So that's one thing too as parents, that I would like to encourage other parents out there is don't give up. Don't give up with that because our number one mission in life is not just to get ourselves to heaven and end up with that relationship with Christ but I want my kids there, too and I'll do anything to get my kid on that track with Jesus because I want their life to be an eternity with all of us together. This life is great but it's not everything.”

In recollecting the impact “Restored” has already made on the women of Laminin and even her own mother-in-law, Miss Kay, in allowing them to speak openly about the difficult moments in their lives, Robertson admitted there were many instances during her sit-down conversations that were eye-opening for her simply because she was unfamiliar with the world in which so many of these women suffered.

Robertson said the lines have been blurred regarding workplace relationships because not only is Robertson a boss to many of the women she speaks with regularly, but she’s also a counselor of sorts with an open-door policy. Her employees can sit on her office couch regardless of the time of day if they just want to talk.

“It's definitely a different dynamic. And sometimes we do have to back up a little bit because these women, just to kind of give a little context – these women have come from completely different backgrounds from what I was raised in,” Robertson said. “I was raised in a very secure Christian two-parent home who sacrificed to give me what they could financially, the best Christian school that was around.  And not that we had a lot of money, that's what I mean by sacrifice. And they wanted what was best for me spiritually.”

Robertson continued, "These women have no idea what that's like as a child growing up, and their moms were actually doing the opposite – using their daughters, using their children in order to feed their own desires, feed their own demons that they were wrestling with in terms of opioid addiction and low self-worth and low self-value because they were just continuing this destructible cycle and they were basically destroying their children's lives.

“And these women have fought through opioid addiction, through incarceration, some in prison for drunk driving and killing a friend and being pushed out onto the side of the road and being basically sold by pimps, sold by their own parents, sold by themselves in order to get that next fix," she claimed. 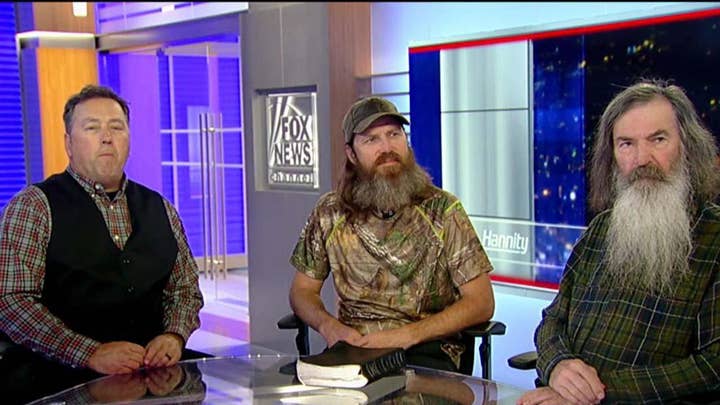 Despite not being quite privy to the multitude of backgrounds of the women Robertson reached out and touched, the entrepreneur said she fosters the relationships she has built with all of these women.

“These are lifestyles that I was not familiar with at all. But yet this business is giving these women a second chance. So sometimes those roles, those boundaries – like you said about being a counselor – those are crossed where at a normal, regular job they wouldn't be,” she explained. “They'll come in my office and they just sit down on my couch and we'll spend a lot of time talking. And the more that they learn to trust me that I'm not going to exploit them or use them like they've been used so many times in their past – there's a trust that starts to bond there.”

“And they do look at me as – I mean, I'm 48 – I'm an older woman," she quipped, "a lot of times their mom's age – and they look at me like, 'What do I do?' And because I was raised in a secure environment, I do understand the love that Jesus had for me. I'm not perfect in any way, shape or form. As long as I can give them that confidence that, 'Look, your past doesn't matter here, just like it doesn't matter to Jesus. You've been given a second chance. Take it.'”

Robertson maintained: “But there's a lot of times where I'll say, 'Look, I'm sorry that this has happened to you, but you’ve got to put up your big-girl panties and let's go,' because this business part doesn't really care about your past. We still have to run a business here. And so there's a lot of things that they have never heard before in terms of, 'You can do this. Your past is your past, but you've been given a second chance.'"

Robertson said she simply just wants to bring an understanding to the issues at hand that plague us as a society and helping those closest to her is only the first step in doing so.

“There's a big overall vision of success and restoration here,” she said of her family’s approach to business and assisting those who need it the most. “But then there's also that nitty-gritty, 'Let's get down to the basics. Tomorrow, how can you do better?' And that's what our relationships are at Laminin.”

As for what allows the Robertson family to be so successful in business? Missy explained that not everything they do is a success story in the business world, however, it is successful in terms of they've "tried it."

Robertson continued: "But I will say that the overall vibe of our family is the foundation of our faith in Christ. We're not perfect and we don't always walk that out perfectly. But we do try to walk that out in the light. We try to be authentic and we try really hard to say, 'Look, we're not perfect and we mess up. But that's why Jesus came.' So if we act like they're perfect, then we don't need Jesus and that just really doesn't fit. You can't have it both ways."

"Sometimes that's hard for humans to say, 'I messed up," she added. "But wow, it's such a blessing when we actually do. And those relationships and that fellowship with the ones around us really grow and mature and we're deeper in our relationships whenever we're able to confess those things to each other."

“Restored with Missy Robertson” is now available on PureFlix.com.