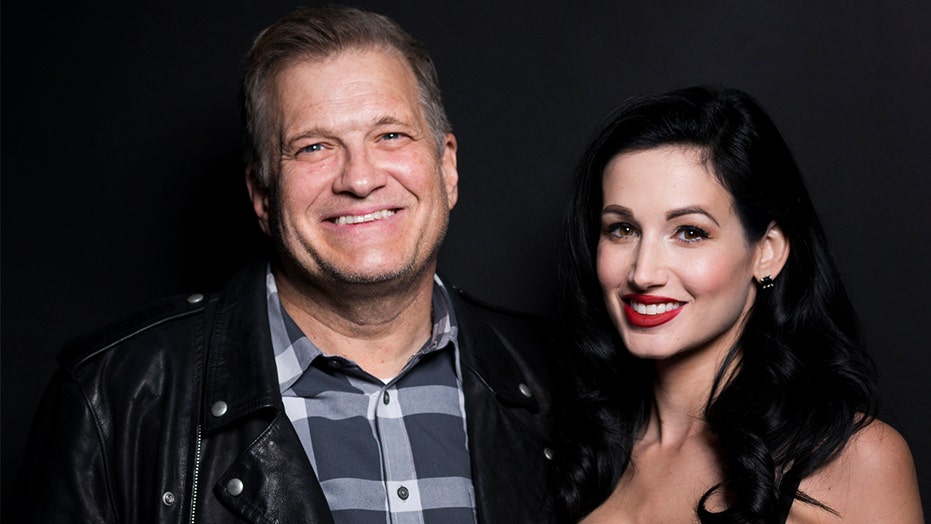 Drew Carey's ex-fiancee Dr. Amie Harwick likely used self-defense before being thrown off of a balcony and plummeting to her death, according to a new report.

Harwick, a Los Angeles, Calif. family therapist, was found dead at the age of 38 outside of her Hollywood Hills home in February. Her ex-boyfriend Gareth Pursehouse, 41, has been charged with her murder.

Police at the scene reported "possible evidence of a struggle" and the Los Angles Medical Examiner's Office previously announced Harwick died in a homicide from blunt force injuries to her head and torso.

Dr. Amie Harwick, the ex-fiancée of comic and "The Price Is Right" host Drew Carey, was found dead in a Hollywood Hills neighborhood in February. Harwick, 38, a Los Angeles family therapist, apparently plummeted from a third-floor balcony to her death. (Getty)

Now, an autopsy report reveals Harwick was found with marks on her hands and fingers that are "consistent with a combination of defense and assault type wounds," according to People.

The autopsy report said the injuries suggest Harwick was involved in an "altercation" before she died.

Carey's ex also sustained “severe injuries of her brain, liver, and pelvis in an apparent fall from a height" as well as injuries to her neck that are "consistent with manual strangulation," the report states.

Pursehouse now faces charges including murder and first-degree residential burglary with the special circumstance allegation of lying in wait, making him eligible for the death penalty, prosecutors said.

Harwick and Carey started dating in 2017 and announced their engagement in 2018 -- but called it off less than a year later. A representative for Carey described the split as "very amicable."

Carey broke his silence days following his ex-fiancee's death in a statement provided to Fox News.