Mike Rowe has made a name for himself by showcasing the unsung heroes of America, a task he says is made easier by the fact that he tries his best to avoid getting political, even in turbulent times.

The former “Dirty Jobs” host focuses his efforts today on addressing the skill gap that’s reportedly left millions of jobs unclaimed. Through his foundation, mikeroweWORKS, he gives scholarship money to help teach those that are willing to learn a skill and do a dirty job.

In a recent interview with UPROXX, Rowe explained how his political opinions on the subject of the skill gap and the economy can end up polarizing too much of the country that he needs to hear his message.

“It’s tricky, because to say the economy is going great is a very macro thing to say. I think he’s right in general terms, but that’s cold comfort to a lot of people for whom the economy is not going great,” he said when asked about President Trump’s claims that the economy is better than ever. “Look, the reason I avoid politics is that everything you say as a politician has to, by definition, be a generalization. You can only talk about the value of education in a very broad way. You can’t really talk about what’s best for the individual. You have to talk about what’s best for the most people.”

He continued: “The reason the skills gap gets politicized is because opportunity has become politicized. People have to try and figure out what that really means to them. For instance, if I tell you that there are 6 million jobs today that can’t be filled, typically my friends on the right will say, ‘Well, that’s because people are fundamentally lazy.’ My friends on the left will say, ‘Well, that’s because employers are fundamentally greedy.’”

While he stopped short of commenting on his own political opinions, he was willing to express what he thinks the issue with the skill gap is. He feels that the issue has to do with people misunderstanding the difference between a job and a career.

“If a ditch-digger has become a non-aspirational job, well, okay, that happens to be the way the wind’s blowing right now, and I get it,” he said. “A ditch-digger, in and of itself, is not glamorous, and it’s not sexy, but digging ditches is a rung on a ladder. If you remove that rung, or if you make that rung so unappealing that nobody wants to step on it, then it’s going to be very hard for people in that vertical to get to whatever’s next.” 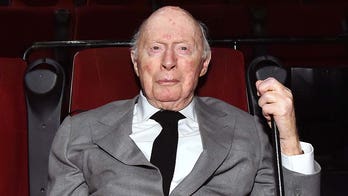 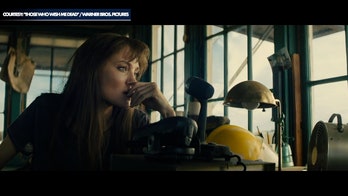