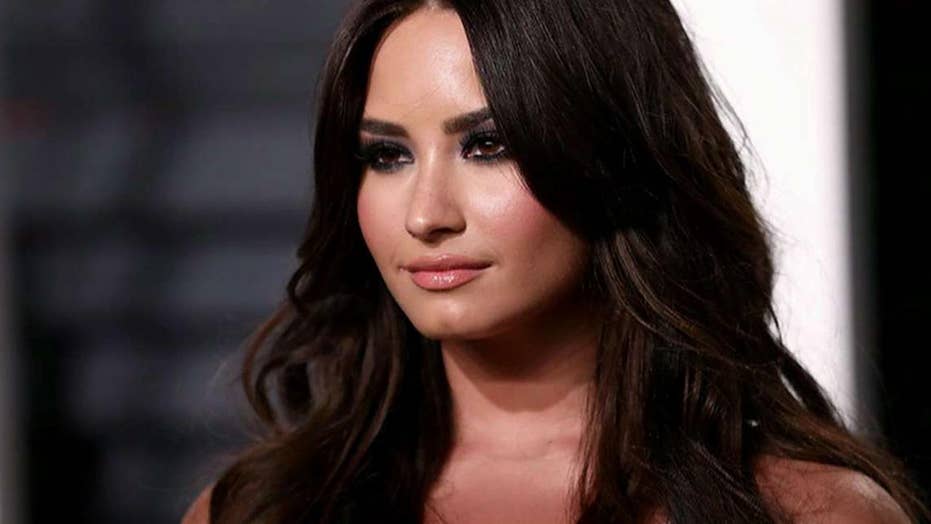 After being hospitalized for an apparent drug overdose on Tuesday, a recent video of Demi Lovato forgetting the lyrics to her song “Sober” has surfaced online that was reportedly filmed just days before her incident.

In a video posted by a user on Instagram, Lovato can be seen at her concert on Sunday at the California Mid-State Fair in Paso Robles giving an emotional and somber rendition of her hit song.

In the video, Lovato takes a moment during the song and takes a half-step away from her microphone. The audience waited, unsure if something was wrong or if she was simply pausing for dramatic effect. She stepped back up to the microphone and sang part of a lyric before confessing that she was lost.

“F---, I forgot the lyrics,” she says with a laugh, followed by thunderous applause from her supportive crowd.

As if the timing of the on-stage flub wasn’t ironic-enough, the song choice adds another layer to the entire story. “Sober” is one of the star’s newest releases and made headlines for the fact that Lovato revealed in it that she had relapsed after six years of sobriety.

Lovato marked six years sober on March 15 but used the single as a way of revealing to fans that her addiction problem had returned.

As previously reported, emergency responders arrived at the 25-year-old singer’s Los Angeles home where she was reportedly unconscious. After being revived with the opioid treatment drug Narcan, she was hospitalized and is reportedly in stable condition and responsive with her family.

In a statement to Fox News, Lovato's rep said: “Demi is awake and with her family who want to express thanks to everyone for the love, prayers and support. Some of the information being reported is incorrect and they respectfully ask for privacy and not speculation as her health and recovery is the most important thing right now.”