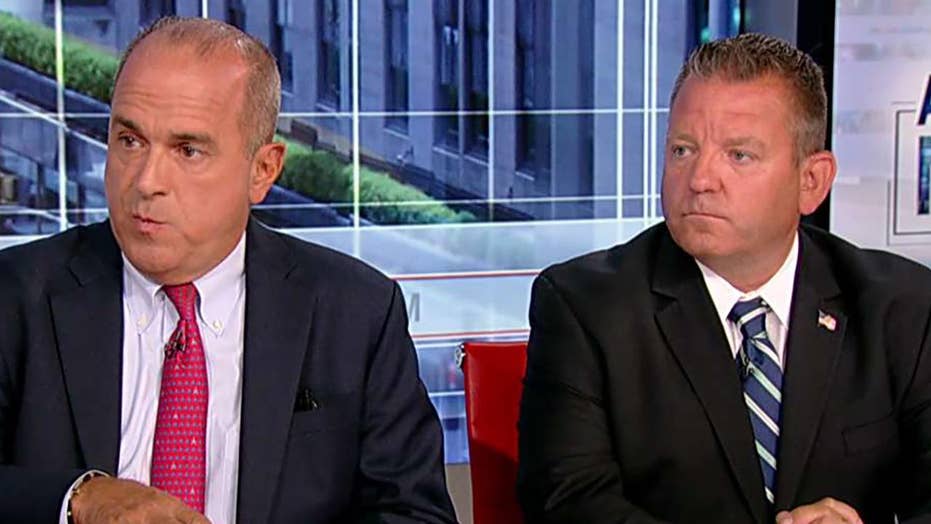 De Blasio was elected to lead a city, not a movement, NY state assemblyman argues

New York lawmakers and the Sergeants Benevolent Association turn up the heat on the mayor over cop water-dousing incidents.

New York City Mayor Bill de Blasio pushed for heavy scrutiny in choosing the Democratic party's nominee, arguing on Friday that they would face a "smart" opponent in President Trump.

"Donald Trump's smart. I don't agree with a thing he says but he is smart -- he's tough," the 2020 hopeful said while appearing on "The View." Co-host Sunny Hostin seemed confused by his characterization of the president.

"You think he's smart?" she asked. De Blasio responded by saying that he thought Trump was "strategically" smart. After Hostin opined that Trump was "impulsive," co-host Meghan McCain asked whether de Blasio was trying to say that Trump was "crazy like a fox."

"Yeah, crazy like a fox," De Blasio said. When co-host Ana Navarro chimed in, she said that Trump had "instinct," de Blasio responded by claiming Trump had "his finger on the pulse," apparently referring to the president's ability to detect political moods and sentiments.

"Oh God," Navarro responded. While de Blasio lamented that Trump had his finger on the "nuclear button," he also acknowledged that Democrats had to counter Trump's ability to understand the working class.

De Blasio's comments followed a fiery back-and-forth between him and the president. Last week, he predicted that Trump wouldn't be "welcome back in New York City" after his presidency. De Blasio also argued that Trump, a Queens native who has built his real estate empire in the Big Apple, didn't "understand the city."

Trump had publicly criticized de Blasio, claiming that he failed to protect his police officers from harassment.

McCain also has a history of criticizing the New York City mayor, blasting him on Tuesday for staying in Iowa during a blackout in the city.

"Uncle Joe came to play! Everyone hates you DeBlasio. You left us in the cold in the blackout," she tweeted.