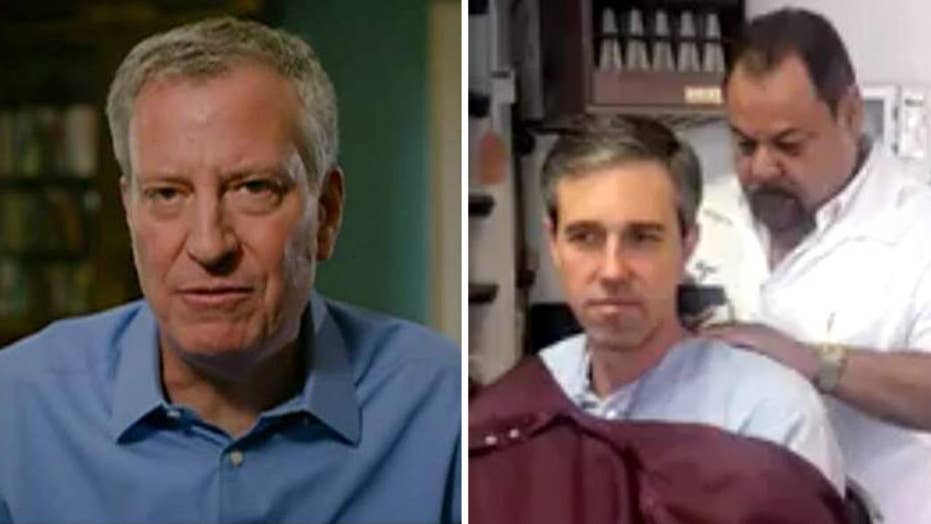 Democrats try to stand out as the 2020 primary field continues to grow.

It's safe to assume "The View" host Whoopi Goldberg won't be voting for Bill de Blasio.

"Bill de Blasio is running for president." Goldberg said, before adding the decision was a bad career move for de Blasio, whom she said still had work to do in his own city.

"What are you doing?" she asked. Goldberg appeared to call out de Blasio's announcement video, claiming that he left out some major negatives during his administration.

"Here's the thing that you didn't mention: Homelessness is near record highs. Congestive pricing will take the minimum wage money that we just gave to people, it'll take it away from them because they have to pay the congestive pricing," she said.

"Public housing is falling apart. You can't seem to fire anybody, the subway's are underserved. The buses are slow. What the hell are you going to do?"

Goldberg wasn't the only one to scoff at De Blasio's run. President Trump called him a joke while the New York Post featured a cover with several people laughing.

On Twitter, De Blasio defended his record with a stern response to the president.

During "The View," co-hosts Sunny Hostin and Joy Behar similarly touted de Blasio's record. "He's done some good things," Behar said, before noting, among other things, an increase in funding for public housing and his universal pre-k initiative.

Behar also claimed that the city's murder rate was the "lowest in decades." "Not because of him," Goldberg interjected.