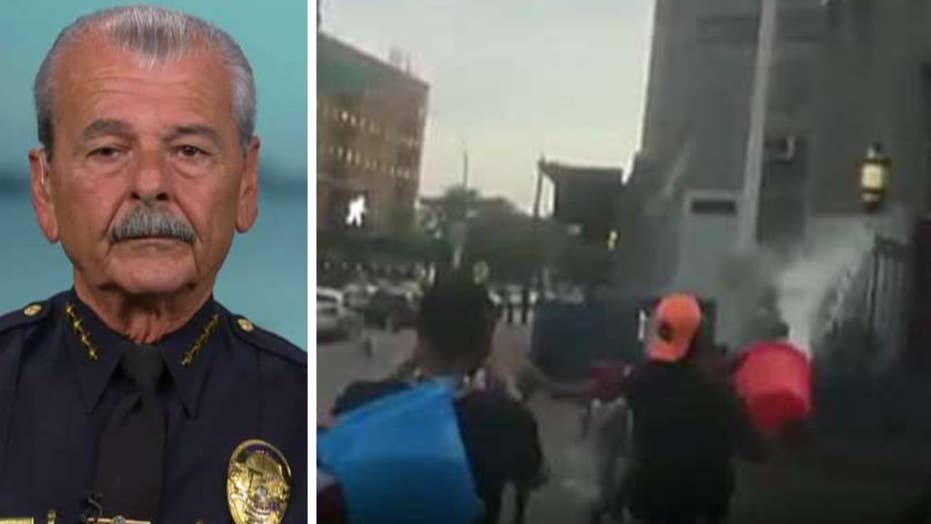 New York City mayor Bill De Blasio continued his attacks on President Trump on Thursday, calling for a debate between the two and indicating that Trump's home city will not welcome him back after he leaves the White House.

"When his presidency is over, really soon, he will not be welcome back in New York City!” the longshot 2020 candidate told BuzzFeed. De Blasio also argued that Trump, a Queens native who has built his real estate empire in the Big Apple, didn't "understand the city."

"Donald Trump seems to have a lot to say about New York City lately. So I issued him a challenge last night," De Blasio tweeted on Friday, alongside the video of his comments.

De Blasio's tweet was just the latest salvo in an ongoing feud that started after President Trump called out the New York City mayor for allegedly not doing enough to protect his police officers.

"This disrespect for the uniform in NYC is result of a Democrat-Progressive (Retrogressive)-Socialist Mayor," Giuliani tweeted on Tuesday. "This is what happens with knee-jerk disrespect for police. It will only get worse until these Left wing idiots are defeated."

De Blasio responded to the attacks by attributing decreasing crime to Trump's departure from the city. He also told Giuliani he didn't tolerate disrespect for New York police officers and claimed the former mayor helped create a divide between the police and city communities.

"The truth is crime's NEVER been lower in New York City and that's because we're bridging the divide between police and communities — a divide @RudyGiuliani helped create," he tweeted.