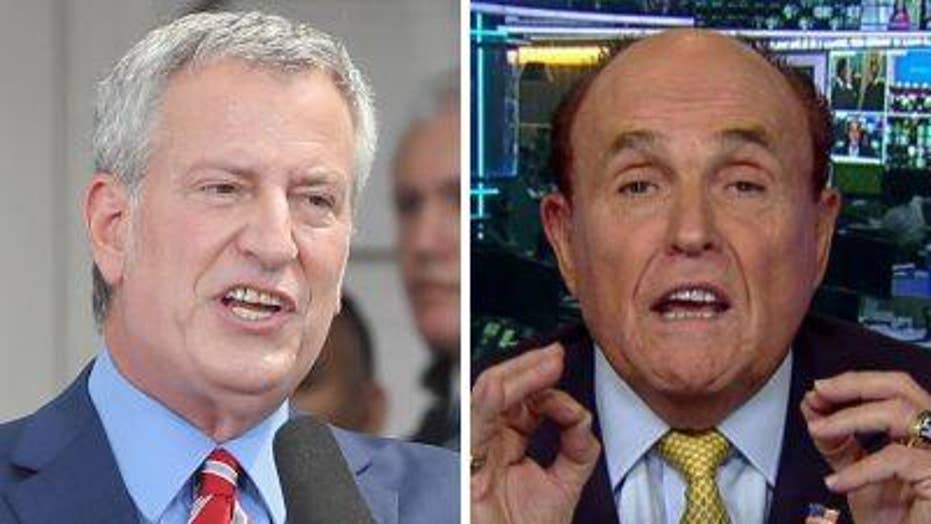 "The View" host Meghan McCain lashed out at New York City mayor Bill De Blasio amid his opening statement during the second round of Democratic presidential debates.

"Uncle Joe came to play! Everyone hates you DeBlasio. You left us in the cold in the blackout," she tweeted.

She appeared to be referring to De Blasio's decision to stay in Iowa while the city faced a widespread blackout.

McCain similarly retweeted her co-host Abby Huntsman who criticized De Blasio on crime in the city.

WHOOPI MOCKS BILL DE BLASIO'S 2020 ANNOUNCEMENT ON 'THE VIEW': 'WHAT ARE YOU DOING?'

"Pretty sickening to listen to de blasio’s opening statement about crime when two nights ago someone I know was mugged and robbed right in midtown full of people. One of many sad examples recently. The city he represents," Huntsman said.

Some "View" hosts have been very critical of De Blasio whose announcement in May prompted co-host Whoopi Goldberg to burst out in laughter.

"Bill de Blasio is running for president," Goldberg said, before adding the decision was a bad career move for de Blasio, whom she said still had work to do in his own city.

"What are you doing?" she asked. Goldberg appeared to call out de Blasio's announcement video, claiming that he left out some major negatives during his administration.

"Here's the thing that you didn't mention: Homelessness is near record highs. Congestive pricing will take the minimum wage money that we just gave to people, it'll take it away from them because they have to pay the congestive pricing," she said.

When co-host Joy Behar claimed that the city's murder rate was the "lowest in decades," Goldberg interjected: "Not because of him."