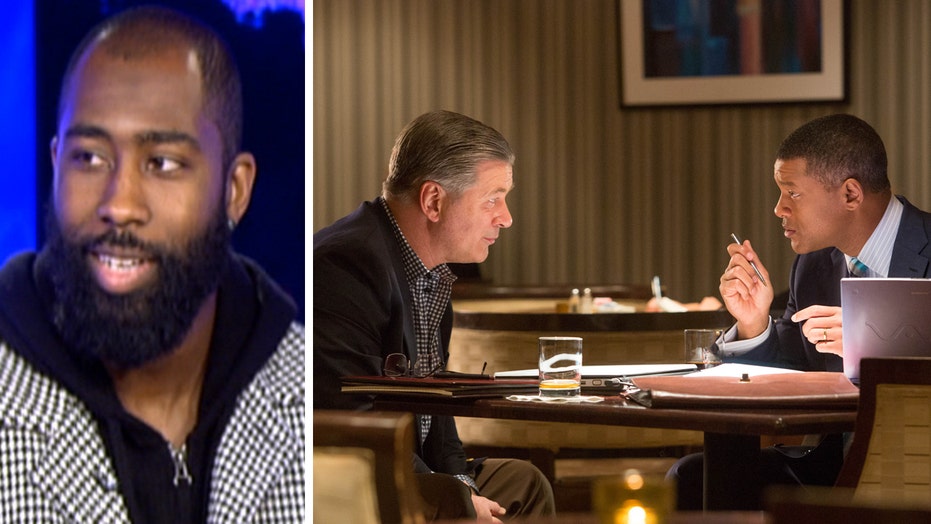 Darrelle Revis is a Super Bowl champion and star cornerback for the New York Jets. He’s also teamed up with M&M’s Cripsy on their 10th anniversary. Revis spoke to FOX411 about how the new film “Concussion” impacted him, how past football greats paved the way for his generation, and difference between Jets and Patriots fans.

FOX411: I heard that you recently saw the movie“Concussion” and that it hit home from you as someone who suffered concussions in the past.

Darrelle Revis:  Well, I had a number of concussions in the past and I just recently had one a couple weeks ago, and I did a lot of research on it, you know, years prior of getting concussions, and I went to the movie premiere, “Concussion,” and it was pretty awesome. It was very educational, and inspirational so it was good to go and check it out.

FOX411: As a professional athlete is that something you worry about, the long-term impact of getting a head trauma?

Revis: I can say it’s a concern or a scare, and players today especially so much emphasis that is on, you know, getting hit in the head while we’re playing on Sundays so yeah it’s a scare.

FOX411: Knowledge is power so the more you know about it, the more preventative measures there will be in the future for athletes like yourself.

Revis: I think the more knowledge we have the more better off we will understand what goes on behind closed doors, and like I said, Will Smith did a great job. I’m a big fan. The movie was awesome and it was in Pittsburgh, and the Pittsburgh area is where I’m from, so it was really good to check out the movie.

FOX411: I know it’s very impolite to talk about money but your multimillion dollar salary is out there but there have been some critics throughout pretty much the age or history of sports that say that athletes are overpaid where our police officers, or firemen or our military are underpaid. What do you say to those critics?

Revis: This is the business that we’re in. I don’t want to harp on it that much but the game has grown and evolved to where we are in today in the present. It’s a lot of Hall of Famers, a lot of other players who are pioneers in this game, who paved the way for us today, so we’re reaping the benefits now of what they went through.

FOX411: Now you went from the Patriots…

FOX411: And back to the Jets. How are the fans different in each city?

Revis: Um, they’re both very passionate fans. They both love the game. They like to see excitement every single play and um they root for their teams. I got experience with both fans. They’re pretty both fun.

FOX411: Do you think the Jets could go all the way to the Super Bowl this year?

Revis: We have high expectations. We definitely do. You know we’re going into a big game this week against the Pats and hopefully with great game playing, we can win this game on Sunday.

FOX411: Is that weird when you see your former teammates and now on opposing teams.  Do you say, “I’m gonna crush you?” Or is it more friendly?

Revis: Yes, it’s very competitive. It definitely is the game. I think we all have a job to do out there on the field and they know that as well, you just go back and forth it’s no different than if you played somebody from a local high school team that their town was five minutes from you. You’re friends off the field but on the field we have to compete. I want to win as much as you do.

FOX411: One thing that no one competes over is how good M&M’s are.  So tell us about your partnership with M&M’s Crispy.

Revis: I just recently came back to New York, this past year and  Cripsy M&M’s are coming back after 10 years so this is a 10 year anniversary of Crispy M&M’s, and we had an event on Broadway last week where I dressed up…

Revis: As a newsstand guy and we went out. I was in disguise a little bit so it was a lot of fun. We had a lot of fun with it.