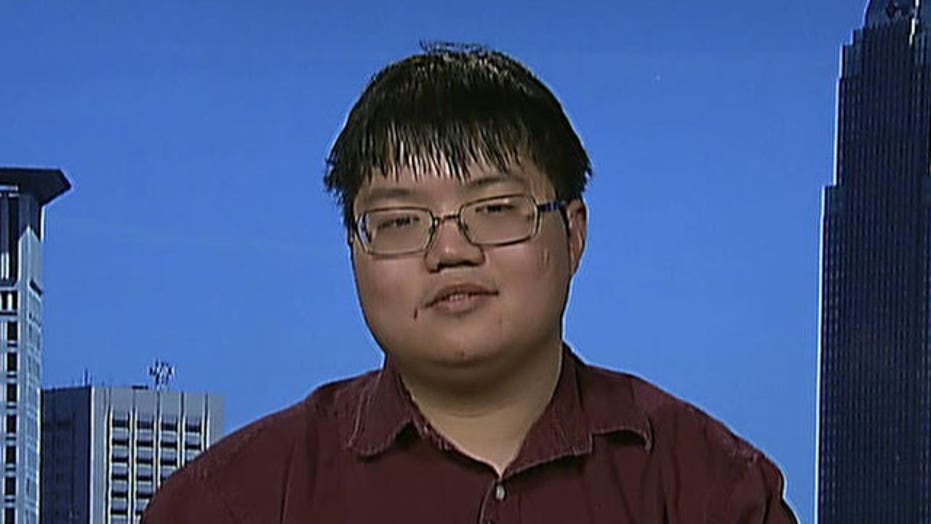 Arthur Chu has sparked a social media firestorm by adopting a unique strategy of  hunting down Daily Doubles to monopolize the competition and take home the big bucks on the popular game show 'Jeopardy!'.

But according to the  insurance compliance worker by day, and aspiring actor by night, his winning method isn’t really all that unique.

“I've told many people already that the first thing I did when I found out I was going to be on 'Jeopardy!' was sit down at my computer and literally Google ''Jeopardy!' strategy' and see what came up. The game's been around for 30 years, and there are these communities of people like the J! Archive which has fans writing down the clues and the results from every game of “Jeopardy!” in history, " Chu told FOX411. "Or the J! Board, which has some of the best champions and most devoted fans in 'Jeopardy!' history sitting down to discuss strategy and game play.

“What I would say is that what you can learn from my success on the show is that success is often not about being original or groundbreaking – it is about being willing to study from experts, learn from experience and commit to doing what evidence has proven works.”

Chu also said he has “no idea” what host Alex Trebek thinks of the way he works, which fans have complained makes the show “boring” and difficult to follow.

“I do know that he probably finds doing his job as host to be more difficult when someone ‘bounces around’ the categories rather than taking them in order -- but I think he also understands that while he gets paid no matter what happens, we only get paid if we win the game,” he continued.

“Alex Trebek is a serious showbiz pro who's been doing this job for 30 years, with all kinds of people and personalities, and he was never anything other than professional, congenial and entertaining while we were with him.”

But while the veteran host may be staying silent, apparently Chu’s opponents have said a thing or two. But all in the name of good sportsmanship.

“Opponents definitely said they found my strategy intimidating and hard to keep up with, though no one was anything less than supportive and cordial after the game,” he told us. “The thing that I've found very gratifying and humbling is that even though people I've beaten have every reason to be mad at me -- you only ever get one chance to be on 'Jeopardy!' after all -- everyone was friendly, everyone was kind, people actually told me I shouldn't be so tense and nervous and should be happy that I'm so good at the game. I hope I'm as gracious when someone inevitably beats me.”

The fast-emerging “Jeopardy!” star also noted that while he knew going into it that his recipe for winning would likely cause some upset, he is surprised by just how intense it all has been.

“Knowing that I was playing unconventionally and that I'd done pretty well with that strategy starting out, I expected some kind of backlash. I didn't expect it to be so immediate and so big, though -- and that's partly my wife's fault, that she kept re-tweeting the most offensive tweets because she thought it was hilarious to name and shame offensive people,” Chu said.

“I think it really started snowballing because unlike past champions, I was behind a keyboard tweeting while the episode was airing -- like people do -- and I was able to talk back to the haters, and suddenly it became a story with a protagonist rather than just people grousing to their friends online.”

Chu returns to the iconic game show on February 24, where he’ll likely continue with his legal – albeit controversial – approach. After all, he’s in it to win it.

“Ultimately, I have myself and my wife and our future family to think about, and I think it's absolutely crazy that people would think it's reasonable to ask me to give up a chance at winning tens of thousands of dollars -- life changing money, even after taxes -- because some people on the Internet think it makes the game unpleasant to watch,” he said.