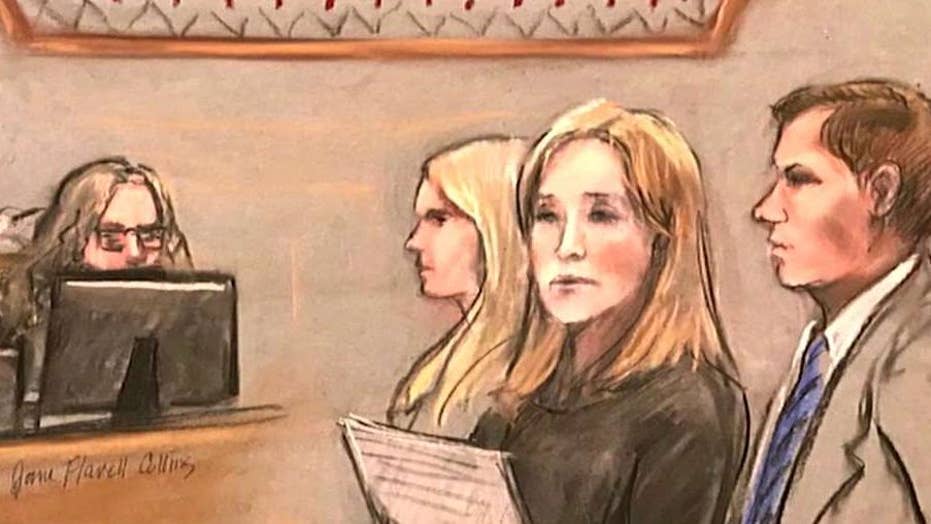 A judge sentenced actress Felicity Huffman to 14 days in prison for her role in the scandal over parents buying their children's way into prestigious colleges and universities; Molly Line reports.

Felicity Huffman’s husband, William H. Macy, is concerned for her safety and mental state as she prepares to spend 14 days in prison for her part in the college admissions scandal.

A source close to the family explained to People that Macy, 69, is glad the arrest and sentencing process is over after seeing what a toll it took on his wife and their family. However, he “continues to worry about her well-being."

“He has seen firsthand how difficult this experience has been on her,” the source explained. “He’s been extremely supportive and very protective of her all along the way.”

Huffman, 56, was sentenced to two weeks behind bars after pleading guilty to one count of conspiracy to commit mail fraud and honest services mail fraud in May. She confessed to paying an admissions consultant $15,000 to have a proctor correct her older daughter's answers on the SAT. She considered the same for her younger daughter but decided against it.

In a Sept. 4 letter asking for leniency, Huffman said she turned to the scheme because her daughter's low math scores jeopardized her dream of going to college and pursuing a career in acting. She now carries "a deep and abiding shame," she said.

Macy wrote in a letter ahead of his wife’s sentencing that their family had "imploded" following her arrest.

The actor lamented that his wife hasn't been able to find work since she was arrested six months ago and her daughter, now in college, has been taking a gap year.

He also said Huffman's younger daughter, who is in high school, is attending therapy.

“Felicity’s only interest now is figuring out how to make amends and help her daughters heal and move on,” Macy wrote.

Huffman has to turn herself in for her 14-day prison sentence on Oct. 25.