CNN is under fire for an “Anderson Cooper 360” segment that portrayed a group of women as simply “Republican voters” while failing to disclose that they are reportedly GOP activists with deep ties to the Republican Party in South Florida.

It’s unclear if CNN intentionally misrepresented the women or if the network itself was duped. CNN did not respond to numerous requests for comment.

Cooper set up the segment on Thursday by referring to the group as “a group of Republican women in Florida,” and the ladies immediately declared they believed Supreme Court nominee Bret Kavanaugh amid claims that he sexually assaulted a woman when they were both in high school. One of CNN’s panelists pointed out that all of Kavanaugh’s associates seem to think he’s an “altar boy,” while another said, “My goodness, there was no intercourse. There was maybe a touch.”

The women went on to declare that they would support Kavanaugh regardless of whether or not the allegations are true. Following the focus group, Cooper welcomed political pundit Kirsten Powers and Judicial Crisis Network counsel Carrie Severino to discuss what the women said -- never identifying the participants’ roles in the GOP or their political activism that would eventually be revealed on Twitter.

Twitter sleuths eventually pointed out that one of the women that CNN identified as a “Republican voter” apparently ran for Congress, one is apparently a member of the Republican National Senatorial Committee and hosted a ritzy Ted Cruz fundraiser, another is reportedly a community council member in Dade County and the other two have seemingly run for state representative and sat next to President Trump during a roundtable on small business tax cuts, respectively.

CNN’s segment opened eyes and resulted in headlines that paint the woman in the video as a typical right-leaning voters, such as The Hill’s “Republican women defend Kavanaugh: ‘What boy hasn’t done this in high school?’”

Viewers took to social media following the segment to express outrage that the women would throw blanket support to Kavanaugh and reject the notion that he shouldn’t be allowed on the Supreme Court. The HuffPost even compiled a list of outrage, including viewers who called the women “misinformed” and said they shouldn’t be allowed to raise children.

"To present these women as merely Republican voters and not as GOP operatives and officials is both highly misleading and journalistically irresponsible."

Contemptor, a site dedicated to media criticism with “bluntly honest commentary on politics and popular culture,” published a story Sunday headlined “CNN focus group of Republican woman voters was filled with GOP operatives and candidates.” The story highlights a variety of critics who have mocked CNN’s segment as “a collapse of editorial standards” and “irresponsible” for failing to disclose key information about the focus group.

"From the outside looking in, it appears this panel was constructed to get provocative responses that would go viral, which is what we saw. To present these women as merely Republican voters and not as GOP operatives and officials is both highly misleading and journalistically irresponsible,” Contemptor founder Justin Baragona told Fox News.

Contemptor embedded a series of tweets from journalist Adam Weinstein, who exposed the women’s identities as local political activists.

“Seeing exactly who these panelists are, all from Miami-Dade and Broward, makes me ask a whole lot of questions about how this segment came together and who helped,” Weinstein wrote.

Author James Surowiecki sent a series of scathing tweets mocking CNN as “irresponsible” for purporting that the women were typical Republican voters.

“The two women who dominated the discussion are not average voters - they're better described as GOP political operatives,” he wrote. “The focus group was stacked to produce the result it got: lockstep support for Trump's nominee, and unswerving fealty to the conservative line.”

Surowiecki added: “What's surprising about that segment is not that those women said what they said - they were, in effect, handpicked to offer that line. What's surprising is that CNN thought this was a good way to show what average GOP women voters think.”

New York University journalism professor Jay Rosen quoted one of Surowiecki’s tweets and wrote, “Jeez. What a collapse of editorial standards at CNN, which also contributes to polarization.” 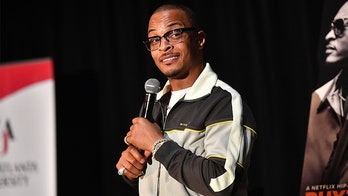 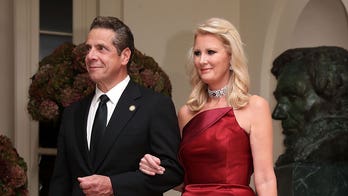 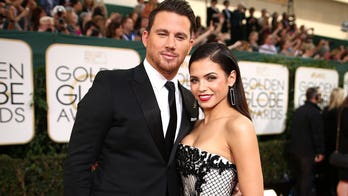