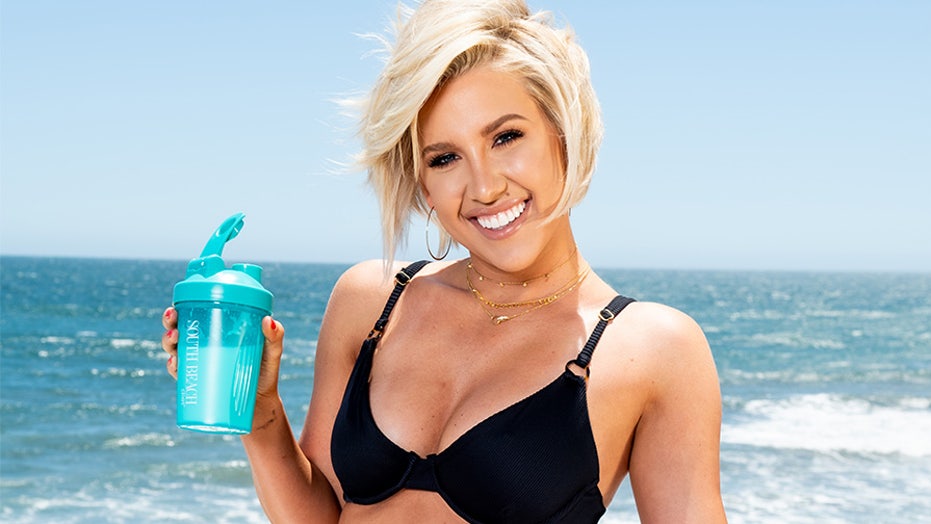 The daughter of Todd Chrisley recently took to Instagram where she flaunted a sizzling snap of herself soaking up the sun in a black halter string bikini.

The 22-year-old told Fox News that like country star Jason Aldean's wife Brittany Aldean, she decided to try the South Beach Diet a year ago to help meet her fitness goals.

“It’s about progress, not perfection,” the “Chrisley Knows Best” star exclusively told Fox News. “South Beach Diet has given me control. It’s taught me moderation, portion sizes and that a keto-friendly lifestyle works. I am so proud of how far I’ve come since this time last year and I feel better than ever.”

“I lost about 20 pounds and then gained about 10 pounds back due to muscle because I’ve been lifting weights,” she added.

Savannah Chrisley said she struggled with low self-esteem before trying out a new regimen. (Photo courtesy of South Beach Diet)

In a statement to Fox News, the South Beach Diet ambassador admitted that she struggled with low self-esteem over the years.

“For a long time, I compared myself to so many other people because I felt like I just didn’t measure up,” she explained. “I wasn’t good enough. I kept hearing ‘you’re too big’ or ‘you’re too skinny.’ I have realized that if I am happy and I love me, then no one else’s opinion matters. Loving yourself is the key to being fit, in my opinion.”

“My weight fluctuates and that’s just called being a woman and loving food,” she continued. “I believe that being healthy starts from the inside. Eating right helps my moods tremendously. If I’m feeding my body great food, then my moods and life will thrive. I want to be healthy for my family and my future children.”

Chrisley previously shared on social media: “I’m a normal young woman... I struggle with my weight at times... But you know what they say, summer bodies are made in the winter!”

In June 2019, the reality TV personality told Us Weekly that she kept the number of the scale down in an unhealthy way when she competed in pageants. And then when she stopped, she gained weight and never felt quite content.

Savannah Chrisley told Fox News she lost about 20 pounds but gained 10 back of muscle. (Photo courtesy of South Beach Diet)

“I’ve struggled with my body confidence,” she told the outlet at the time. “Being on TV since I was 15, you have all these people on the outside giving you their opinions on what they think you look like or you need to eat or you don’t need to eat and it truly wears on you.”

Chrisley said she ultimately decided to try the South Beach Diet in the hope of finally feeling good about herself.

“I still have cheat days, cheat weekends and cheat meals,” she said. “It’s hard, but if you feel good about yourself, then no one else’s opinion matters. My [dad] always told me, ‘It’s none of your business what someone else thinks of you.’ So that’s how I look at it.”

“I feel like you have to remind yourself that it’s not going to be easy, but it’s going to be worth it in the end,” she continued. “Five pounds heavier or five pounds less, it doesn’t define who you are. That’s been the hardest thing that I’ve had to come to terms with because being in the public eye there is a certain pressure to look a certain way, act a certain way and look like the models that you see on the runway, or on the cover of magazines."

"Like I said, I’m still working on it every day, but I look at it and I’m like, you know what? I don’t have to be that," she added.