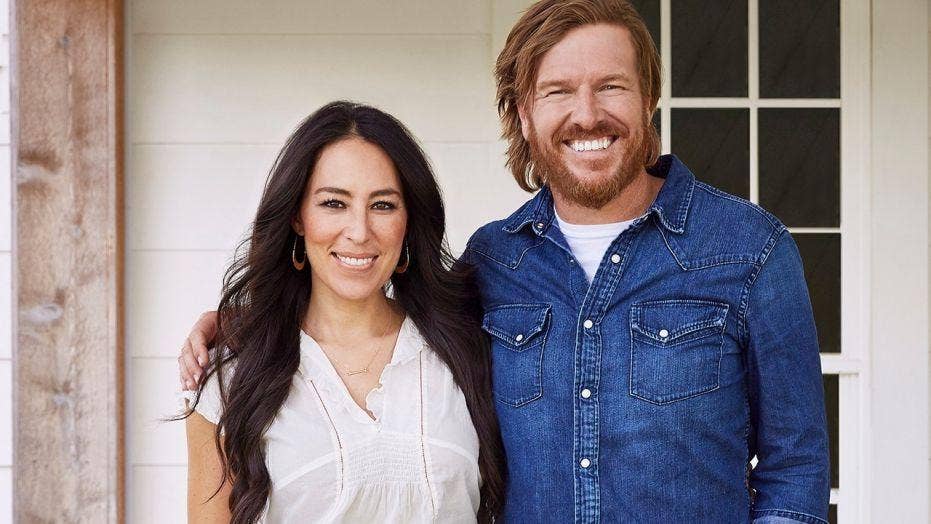 NEW YORK CITY – Just hours after it was revealed that Chip and Joanna Gaines' new cable channel will replace Discovery's DIY Network — which will be unveiled in the summer of 2020 — the couple is sharing the idea behind their latest project.

Speaking at Discovery, Inc's Upfronts at the Lincoln Center on Wednesday, Chip explained that he hopes the pair's network will "bring families together" and "build bridges in communities"

Echoed Joanna: "I want the network to feel like home."

The Gaines — who have built their lifestyle and home empire, Magnolia, over the years — also emphasized to the audience that if they can make it, anyone can.

Last fall, Chip, 44, and Joanna, 40, revealed that they were developing their own TV network. The yet-to-be-named channel, which is currently hooked to more than 52 million homes in the U.S., will feature long-form programming centered around topics such as community, home, garden, food, wellness and design, according to the press release.

And "Fixer Upper" fans need not to worry because the channel will also feature reruns of the Gaines' hugely popular HGTV show, which premiered in 2013 and ran for nearly five years.

“Chip and Joanna Gaines have become trusted, household names since the debut of 'Fixer Upper' and through this joint venture, Discovery is proud to extend our relationship with them,” said David Zaslav, CEO, Discovery. “They’ve got authenticity and relatability, that special something that is so difficult in our business to find. People love them, their taste, their businesses — they’ve built an ecosystem that aligns perfectly with our vision at Discovery for fueling people’s passions.”

Plus, the husband and wife team — who will serve as chief creative officers — reportedly will be starring in a brand new show as well, according to USA Today.

"The difference moving forward is Jo and I are going to be able to tell more of our life stories," Chip revealed. "And so, as opposed to it being a very narrow vein in our universe, which is obviously construction and design and the things we do for a living, for us we feel like there's a more holistic story to be told here, and that's what we're going to focus on."