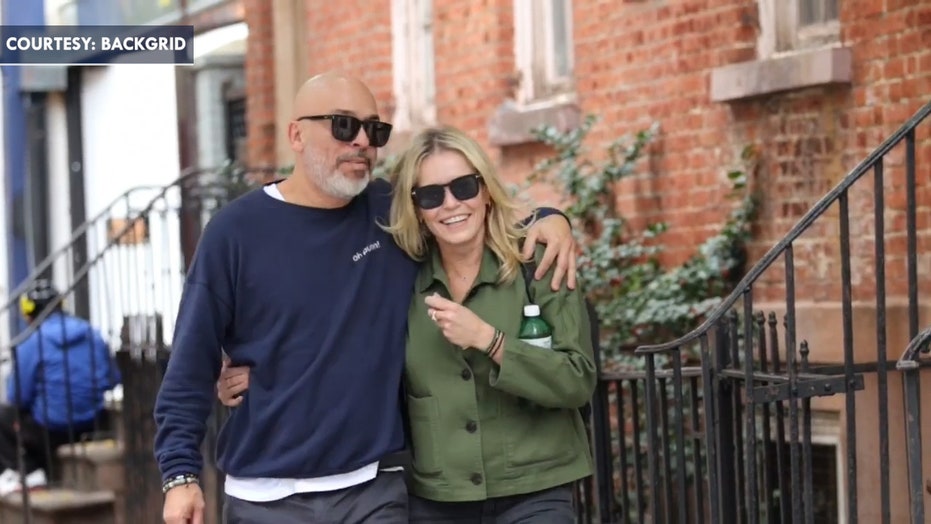 Chelsea Handler and new beau Jo Koy were spotted out and about during a recent stroll in New York City.

EXCLUSIVE: Chelsea Handler and new beau Jo Koy were spotted out and about during a recent stroll in New York City.

Handler, 46, and Koy, 50, packed on the PDA during their walk in Manhattan's downtown area.

The comedians were even caught sharing a kiss.

The pair recently debuted their relationship at a Los Angeles Dodgers game. Handler and Koy couldn't keep their hands off each other during that appearance either.

CHELSEA HANDLER HAS CHANGED HER MIND ABOUT DATING, SAYS IT'S NOT 'WEAK' TO WANT A RELATIONSHIP

Earlier this week, Handler gushed about her boyfriend during an appearance on "The Tonight Show with Jimmy Fallon."

"If I fell in love at the age of 46, I have hope for every person in this world," the comedian joked Monday night.

Handler admitted she was feeling frustrated in the relationship department over the last few years because "men were very discouraging… especially, you know, straight white men, and I was like, ‘Oh, God, who am I going to end up with?'"

The author said at first she and Koy were just friends. He even previously worked on her late-night show "Chelsea Lately" but she never thought about him in a romantic way.

"Then I had my friend Jo Koy, who was in my life a very long time," she explained. "And then one day, I just looked at him and I thought, ‘Oh, that’s my guy!’ So he’s like my best buddy, and then I also, you know, get to have sex with him. … Fun time!"